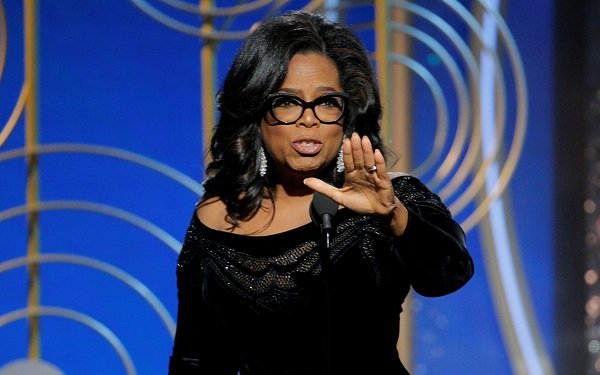 It was not much more than a week ago that a movement seemed to be forming in support of an Oprah Winfrey run for the presidency.

This Oprah boomlet came in the wake of her speech January 7 at the Golden Globe Awards, where she accepted the Hollywood Foreign Press Association’s Cecil B. DeMille lifetime achievement award.

Her speech was a thunderous oration on the topic of women, and it was received so favorably on social media that the chatter started up almost immediately for an Oprah presidential run.

One reason was the quality of her speech. Another was the successful presidential campaign of Donald Trump. This line of thinking went like this: Since Trump and Oprah are both TV personalities, then it stands to reason that another TV personality -- perhaps one such as Oprah Winfrey who many people respect more than they do Trump -- should run for president.

As a result, the floodgates are now open for TV personalities of all types to make a run for the presidency because if Donald Trump can be elected president, then anyone can.

Here are some candidates from TV who we’d like to see on the campaign trail in the lead-up to 2020:

Larry David: From the repeated sales of “Seinfeld” syndication rights -- plus the fortune HBO no doubt pays him to produce a new season of “Curb Your Enthusiasm” whenever he feels like it -- Larry David can practically finance his own campaign.

The view from here is that a David presidency would be “pretty, pretty good” as Americans get behind a David candidacy based on a realistic curbing of our enthusiasm and our hopes that anything will really improve no matter who is president. Suggested running mate: JB Smoove.

David Letterman: He’ll be 73 in 2020, but David Letterman has only been improving with age, transitioning from late-night television, where he could be seen performing stunts such as his famous driving of a giant cupcake into a Christmas tree, to his new role as interviewer of the powerful.

Since he left CBS in 2015, these interview subjects have included Indian Prime Minister Narendra Modi in 2016 on National Geographic, and Barack Obama this year on Netflix.

And Letterman has the whiskers to be presidential timber right up there with the likes of Rutherford B. Hayes and James Garfield. Suggested running mate: Biff Henderson.

Jerry Springer: If Oprah Winfrey can consider a presidential run, why not the man who wound up beating her in the ratings in daytime TV?

Springer shrewdly bested Oprah when he realized that staging fistfights between guests was a lot more entertaining than Oprah’s talk shows about serious stuff. Those were the kinds of smarts that got him elected mayor of Cincinnati even before he took up a career that made him one of the nation’s most beloved TV stars.

Wayne Brady: You’ve heard of the art of the deal -- how about “Let’s Make a Deal”? The former was a phrase Donald Trump adapted for his campaign from his honest and 100% truthful bestseller of the 1980s titled “The Art of the Deal.”

The latter is the name of one of TV’s most famous shows, which Brady has hosted since 2009. A Brady campaign could adopt “Let’s Make a Deal” as a campaign slogan promising a square deal or maybe even a new deal for the American people -- as long as they pick the right door! Suggested running mate: Diedrich Bader.

Neil Patrick Harris: Remember him? Just a few years ago, he was the most ubiquitous personality on TV -- from “How I Met Your Mother” on CBS to “Best Time Ever” on NBC.

So what if the latter show wasn’t the “best time ever”? (It wasn’t even close.)  Now, except for those Heineken commercials, Harris has evidently beaten a strategic retreat from the limelight -- which means he’s in just the right position now to relaunch his career and make a comeback. Suggested running mate: Max Casella.