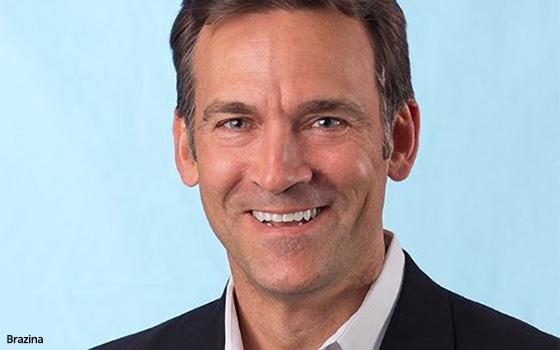 Impact Radius announced Tuesday the appointment of its first CMO. Scott Brazina, a former CMO of Data XU and motocross driver for Team Honda, is excited to get back in the driver's seat at a tech company. He sees a clean line connecting ad tech with fast-moving cars.

Brazina, a professional sports guy who went into marketing technology, believes that high pressure and rate of change and innovation all work together well, especially for Impact Radius, a performance marketing company with a focus on ad fraud detection, media attribution and analytics,.

He spent the last three years of his career racing for Team Honda and representing the United States in a world Grand Prix event.

As a race car driver, Brazina learned that keywords related to racing contribute to the innovation behind research and development. He said there are teams of engineers at big brands following drivers around the world. Racing is a fast-paced world with a got-to-win mentality.

Brazina graduated high school a year early and deferred college for two years to race cars professionally. After breaking enough bones, he attended MIT and began to study. Then, according to Brazina, his mother said: "Finally you grew up and got a real career."

Brazina's career at Impact Radius began about two months ago. As the first CMO for the company, he doesn't have a predecessor to live up to, but he has some big shoes to fill. "It's a sign that the company is increasing its investment in marketing by opening a role and adding a CMO," he said. "I feel fortunate to join the company. It makes a big statement about the company's priority in marketing."

Impact Radius, founded in 2008 by a team of Internet marketing and technology experts who previously founded Commission Junction, Savings.com and LeadPoint, now supports companies such as Airbnb, Uber, Levis, and Adidas.