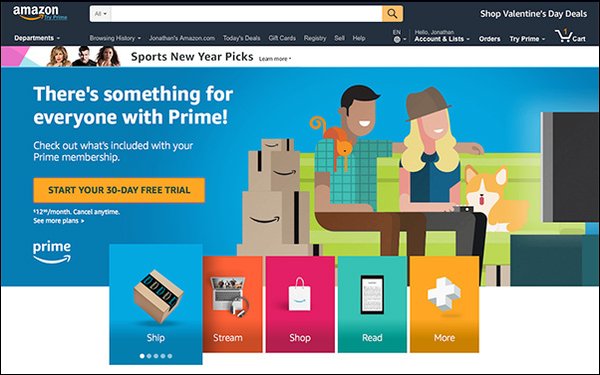 On a monthly basis, Amazon is increasing Prime subscriptions from $10.99 to 12.99, the tech titan announced Friday. For the moment, Amazon plans to leave annual subscriptions at $99, the company said.

For Amazon, the cost increase comes amid significant investment in original content -- which comes with its Prime service -- and the continued expansion of its Prime shipping benefits.

Late last year, for example, Amazon acquired the rights for a multiseason adaptation of “The Lord of the Rings” on Prime Video.

Along with more traditional media companies, Amazon is facing stiff competition from new-media rivals. Netflix, for one, spent about $6 billion on fresh fare last year and plans to pump upwards of $8 billion into new shows this year.

Amazon and its rivals continue to experiment with new monetization models.

Late last year, the rumor was that Amazon was developing a free, ad-supported version of its Prime streaming video service. While subscriptions remain a primary revenue source, media and entertainment apps are increasingly incorporating micro-transactions that enhance the viewing experience by removing ads, according to recent findings from App Annie.

Worldwide, global app downloads surpassed 175 billion, last year, while the number of apps that consumers downloaded increased by 60% from 2015 to 2017, according to App Annie.

Beating analysts’ expectation, Amazon reported revenue of $43.74 billion for the third quarter of the year.