Publicis Media's King: Marcel Is More Than 'Alexa For Business' 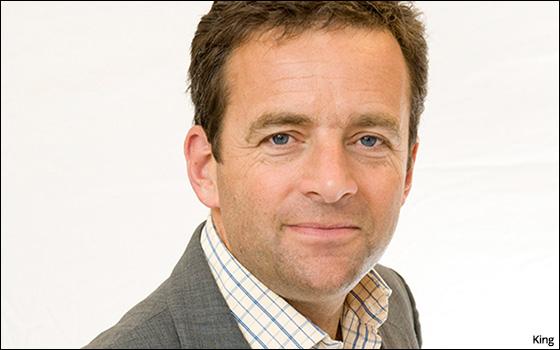 While Publicis Media's Steve King dismisses the reference that the Groupe's much-hyped intelligence platform Marcel is simply "Alexa for business," he says the project's origination came from a survey that identifies email as a key frustration point for the Groupe's 800,000 employees.

King’s comments were delivered during AdExchanger's Industry Preview on January 18. During a discussion with Pivotal Research Group's Brian Weiser, King said that employee churn -- specifically Millennial talent -- is a "huge issue" for the Groupe. Millennials spend their time using many different platforms to order food, book vacations, and to generally make their day-to-day lives more efficient, yet the holding company’s own internal communications are rooted in the dark ages relatively speaking.

"What was the thing we could most give back to employees?" King said. The answer Publicis came up with was Marcel, King noted, adding that the Groupe needed to prioritize this investment by hitting "pause" on many marketing activities this year, such as the Cannes Festival Of Creativity.

While it remains to be seen whether Marcel will prevail as a HR game-changer, King says the platform is now helping the Groupe win new clients as a key differentiator to its holding company rivals.

In addition, diversity remains a "real business issue," says King. While Publicis develops programs internally, clients are also becoming proscriptive. Diversity was a key criteria that helped the Groupe win the USAA account with the client’s insistence that the account team be comprised of at least 30% female and multicultural members. This mandate followed the controversial chapter in USAA’s relationship with its previous agency Campbell Ewald when a racist email was circulated by one of the shop’s employees.

Meanwhile, the ANA investigation into transparency concerns that resulted in a dramatic upturn in the number of media audits in the U.S. didn't impact revenue growth and result in any client loss, King says. "Trust had been fortified and allowed us to have a stronger position."

One change stemming from the transparency debate, King said, is that clients are now preemptively issuing RFPs with clearer language spelling out expectations, goals, and even fees. "We welcomed this shift,” he says.

King also defended the $3.7 billion acquisition of Sapient in 2015, although he admitted it was a "very lumpy acquisition." Sapient, he says, was one of those mega deals that provided a "step change" for the network and his portfolio, in particular. He said that Marcel would not have been developed without the Sapient platform. In addition, both "horizontal growth" and "several business wins" would not be happening without Sapient  technologies. "Could we be building [and growing] without Sapient? Absolutely not," he said.