Putting The Connections In Connected Cars 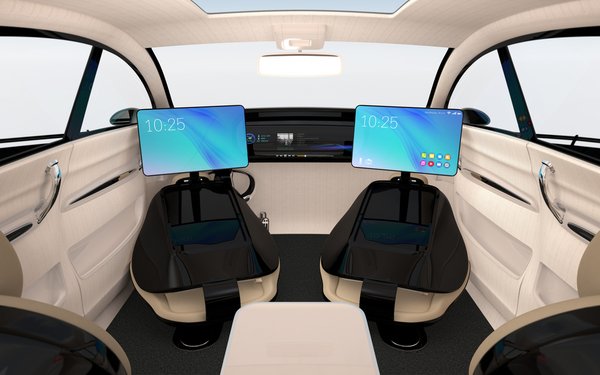 At CES a couple weeks back, plenty of connected car concepts were on display.

At the mega-Samsung booth, the tech vendor, with an assist from Harman, which it bought for $8 billion a while ago, a concept car was shown with the dashboard of the future, including a screen that uses cameras to replace all the rear-view mirrors.

I recently caught up with an executive at the company in Israel that provides the complex technological  plumbing behind all of that.

“The connected car is a concept that has gained a lot of momentum in the last few years, especially with respect to the future of autonomous vehicles,” said Micha Risling, senior vice president of marketing and head of the automotive business unit at Valens Automotive, a company that provides advanced automotive semiconductor technology. Valens works with companies including Samsung and Qualcomm.

“The car is becoming a data center on wheels, which automatically means that connectivity inside the vehicle is as important as the connectivity to the outside,” Risling said. “The existing technologies or solutions are simply not capable of addressing the requirements of this new data center kind of approach.

“The huge revolution is not just limited to autonomous, it’s also infotainment, because people will have more spare time while they’re driving or not driving, and they will expect the carmakers to offer them more displays, more cameras, more sensors, and all of those devices require more connectivity.”

At the CES demo, Valens provided the connectivity that allowed the in-car displays to be connected to a centralized computing device.

“Wiring in general is the third heaviest element in the car today,” said Risling. “We refer to this as the elephant in the car. The way we see it, it’s like trying to take an elephant and squeezing it into a small car. This is the issue of connectivity in the car.”

Risling also noted that all those working on smart or connected cars have one feature that is key.

“There is one issue or requirement that no one is able or willing to compromise on, and that is safety,” said Risling. “Safety is becoming even more important, simply because we’re starting to deal with autonomous vehicles, and, unless you do it right, there is a lot of risk associated with that.”

“All the carmakers will have some level of autonomous vehicles in the near future, and this will come together with better infotainment and better entertainment,” he said.

“Everyone understands that this is the future.”