Ashley Madison Knows The Real Reasons For Her Workout Routine 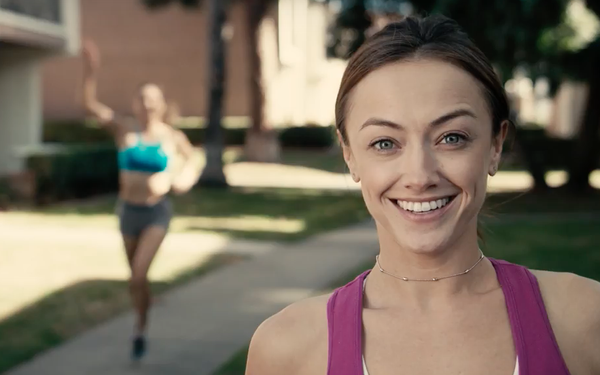 Head’s up. That resolution your wife made to start running may not have been for the altruistic reasons of better health or overall fitness, but rather to escape her side-piece’s jealous paramour.

Ashley Madison, a website created to enable coupled people to have discreet affairs (tagline: “Life is short. Have an affair”) has launched a tongue-in-cheek digital campaign to appeal to its female users. The effort depicts a woman out on her morning run, as her internal monologue asks questions like: “Why am I out the door before everyone else?” and “Why do I run faster than I did yesterday?” as motivational music swells in the background. As the camera’s focus shifts to a second woman running behind her, the truth is revealed: “I just don’t want to get caught.”

The campaign is a decided effort to appeal to the female users of Ashley Madison, adding some levity to the idea of having an affair, says Paul Keable, Ashley Madison’s vice president of communications. “We are trying to take a tense situation and give levity to it, and let people ask whether this is right for them,” Keable tells Marketing Daily.

The female-centric approach marks a shift in tone for the controversial website, which is trying to illustrate that it’s not just full of men, and is looking to adjust its tone to appeal to both genders, Keable says.

“We are decidedly trying to put forward a female-friendly voice in our marketing,” he says. “This is part and parcel of showing there’s a female side to Ashley Madison. You’ll be hearing more from and about them throughout the year.”

The digital effort will begin running on Snapchat and through some paid support on YouTube. Given the sensitive nature of Ashley Madison’s business, many publishers aren’t willing to accept the site’s advertising, Keable says. But the site has its ways of finding consumers.

“We’ve been doing this for awhile and we know there are avenues we can go down to reach people who are looking for us,” he says.