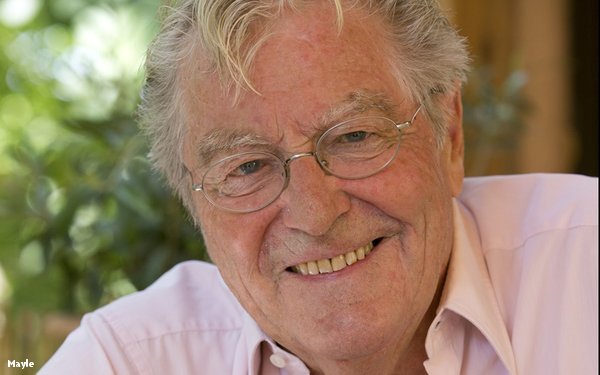 Most obituaries of Peter Mayle emphasized his book, A Year in Provence. But Mayle, who died last week at age 78, was also a figure in the ad agency world.

He started as a junior copywriter and eventually became a creative director. He worked for BBDO London, and also did a stint in New York, where he met and was inspired by David Ogilvy and George Lois.

More to the point, he wrote a little book titled Up the Agency. While it named no names, it took the agency business apart.

For one thing, Mayle exposed the contempt that agency people feel for clients.

“To provide themselves with some daily consolation, agency people take pleasure in devising new and ever more derogatory ways of describing their tormentors — 'pigs with checkbooks' being one of the more moderate phrases in a litany of invective and profanity that is muttered (out of the client’s hearing, naturally) in agency offices throughout the world.”

Mayle also classified the various client types, perhaps the worst being “The Man With The Outstretched Hand.” This is a functionary who is constantly on the take.

“The odd case of champagne, the days at the track, the evenings at the Met — these are all considered perfectly harmless and acceptable,” Mayle wrote. But this character expects Armani suits, airline tickets, and a new Volvo: He may even have his child’s tuition paid.

“Of course it’s dishonest and stupid,” Mayle went on. “But it can be so gradual and insidious, when practiced by an expert in the art of the backhander, than an agency can be compromised while it is still trying to decide what to do.”

Mayle took an equally dim view of the process of a startup agency going public, and the “invasion of the men in suits.” One has to stop using obscene language — “the editor of the Wall Street Journal would not be amused.”

Then there was the American agency business. Like many of his countrymen, Mayle was overwhelmed by the opulence of U.S. agencies — “the vastness of the budgets and salaries, the length of the limousines, the size of the lobsters at the Palm Restaurant…” But he soon was disappointed with the work they produced.

“Today, the old heroes have either disappeared or grown too tired and rich to bother anymore, and American advertising, for the most part, is in the hands of committees instead of individuals,” he wrote.

Granted, Up The Agency is now a little dated.

Like many copywriters, Mayle dreamed of becoming an author. And he succeeded at it: A Year in Provence sold a million copies in the UK alone, an 600,000 in the U.S., according to The New York Times. It turned into a franchise. But Mayle never forgot where he came from, and the lessons he learned there.

“You’re obliged to stick to the plot — to be concise, informative and if possible entertaining,” he reportedly said of ad copywriting. “These are not bad qualities for a writer to cultivate.”