The Rise Of 'Middleburbs' And Other Trends Brands Shouldn't Ignore 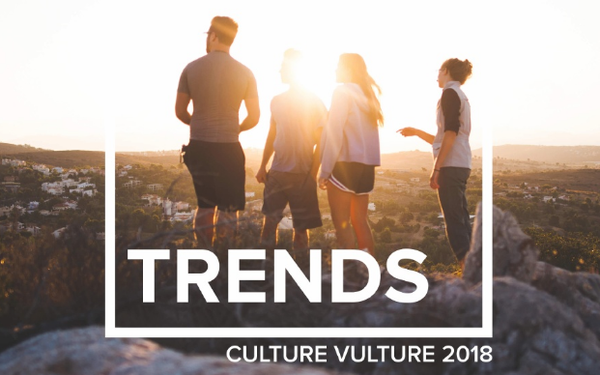 From Middleburbs to reimagining childhood (once again), WPP's Mindshare is releasing its seventh annual Culture Vulture Trends report that explores key consumer and cultural shifts that the agency predicts will impact advertisers.

One finding: Many consumers feel paralyzed by choice, thanks to the overload of content options. Nearly half say they sometimes spend more time trying to decide what to watch than actually watching something. As a result, many fall back on safe bets, rewatching the same TV shows multiple times.

Advertisers should either help consumers navigate through this clutter or embrace this return to the old and familiar. Just last week, CBS announced the revival of its 1990’s comedy "Murphy Brown.”

On average, American consumers have more disposable income today and can afford things they couldn’t in the past, per the report. But there is an angst that pervades their outlook—59% say that this is the lowest point in our nation’s history that they can remember.

And 65% say society grants an unfair advantage to some groups. With an uptick in tribalism and the country more fragmented than ever, younger generations in particular feel less connected to the nation as a whole, identifying with state and local communities instead.

“Brands have the difficult task of responding to this angst without isolating valuable consumer segments," advises the report.

Mindshare also finds more than half of consumers (52%) have higher expectations for brands than they did in the past. Today, the No. 1 expectation for brands is “to make my life easier.” Those expectations are spurring everything from same-day delivery to flexible hotel check-outs to an app that negotiates consumers’ bills.

Media is responding to changing expectations as well. For example, HBO’s interactive show "Mosaic" lets viewers choose the sequence in which the story unfolds, among other things.

The report also posits that the stereotypical suburban landscape may no longer be relevant to a new generation of consumers. The great urban revival is relocating to suburbia, thanks to Millennials finally settling down. Yet, they’re bringing city-living expectations with them. Now, stereotypically urban establishments like pop-up shops and food halls are appearing in the suburbs.

"The thing I find most interesting and surprising about this year’s trends is the demographic shifts happening in culture," says Kyle Ranally, manager, consumer insights, Mindshare North America. "We’re now seeing Millennials moving from cities to suburbs to settle down, but more importantly, they’re taking their urban expectations with them. That’s changing the way we think of suburban culture as the line between cities and suburbs blur and Middleburb communities form their own unique identities.”

Other trends include fad fatigue, in which brands are starting to become more cautious in their marketing strategies, due to the overload of "shiny new objects." The report touches on a possible push-back by parents and teachers against screens and tech toys which children are often inundated with.

Also, per the report, marketers need to think more about the emerging “Gen Nice” demographic (grown-up Millennials) that is more optimistic and empathetic, than other generations.

The Culture Vulture study combines proprietary research of more than 2,000 North American consumers in addition to third-party resources (such as government data and behavioral research) to identify macro and micro trends likely to impact the marketing and communications strategies of brands.