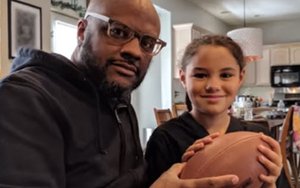 Kraft has announced that its Super Bowl ad will feature photos and videos from real families submitted on social media on the day of the game.

For the creative team, that means having about a 15-hour window on Game Day to review submissions and select winners; implement a notification and release process with chosen consumers, using social media; and edit the cleared content together into a 30-second ad suitable for being viewed by the largest U.S. media audience gathered all year, at a cost of about $5 million.

Kraft Heinz announced in mid January that it would be airing the first Super Bowl ad for the Kraft brand. The game ad, to air in the third quarter, is part of the company’s first umbrella campaign, with Leo Burnett, spanning products bearing the Kraft name: Kraft Macaroni and Cheese, Kraft Natural Cheese, Kraft Singles, Kraft Mayo, Kraft Salad Dressing and Kraft BBQ Sauce. The “Family Greatly” campaign was launched in December.

Using family-generated content for the Super Bowl ad will serve as the ultimate mass showcase for the campaign, which aims to build brand loyalty by reassuring parents worried about not being perfect.

This morning, Kraft released a video teaser (below) announcing the crowdsourcing contest and encouraging families to jump on this chance to have their images seen by “111 million people.”

Leading up to the game, Kraft will run the teaser online and on television, and also support the campaign with social and digital. Another TV ad driving consumers to submit content will air just before the game’s kick-off.
To participate, families need to post photos or videos showing  how they “family greatly during the Big Game” to their public Twitter or Instagram accounts between 6 a.m. and 8:30 pm EST, using #FamilyGreatly and #KraftEntry.

Content will be picked by “an independent judging agency,” and including Kraft products in photos or videos will have no effect on the selection process, according to the rules.

Those whose images/video are chosen will be notified during Game Day by Instagram or Twitter, and must respond by 9:30 EST to confirm that they want their content to be in the ad (and any post-commercial media), supply more information, and agree to be featured in promotions and give Kraft all licensing rights to the content.

Consumers may pre-register and authorize their social accounts before Game Day, on a dedicated online area for the promotion.

“We’re excited to give families center stage in our Super Bowl commercial…to show us all the great ways you family, because as long as you do it with love and conviction, there’s no one right way to family,” stated Anne Field, director of brand building for Kraft, in the contest announcement.