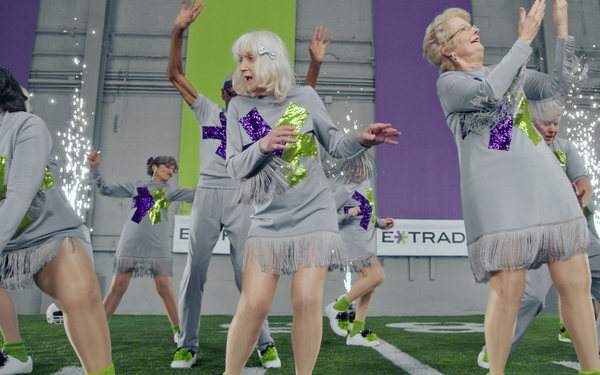 After several years on the sidelines, E*Trade is returning to the Super Bowl this year to remind viewers of the need to save for retirement. The firm’s 30-second spot will air during the second quarter of the game.

The company describes the Super Bowl effort as an extension of its recently released “Don’t Get Mad, Get E*Trade” campaign created with MullenLowe that highlights the hypothetical, tongue-in-cheek consequences of an aging population working well into their retirement years.

To amplify its Super Bowl ad, the financial services firm is sharing a series of video vignettes in real time during the game on Twitter, featuring cheers from the “Big Game Silver Squad,” a team of silver-haired all-stars and veterans of the “cheer trade,” who are working well into their golden years.