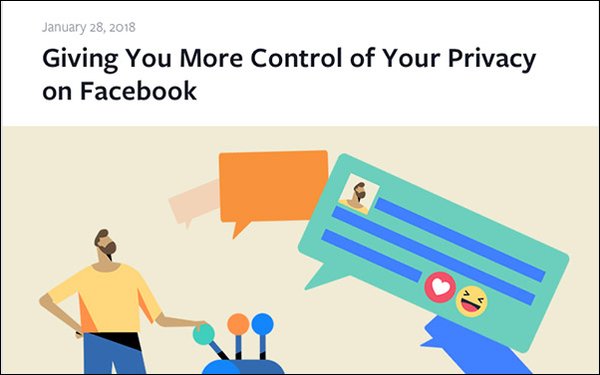 What exactly does Facebook do with all the user data it collects?

Amid mounting pressure from governments and consumer watchdogs, Facebook is rolling out a new education campaign to help users answer that question, as well as safeguard their data.

Along with new educational videos, Facebook is inviting people to participate in what it's calling a “privacy checkup.” The company is also sharing its “privacy principles” and plans to introduce a new privacy center that features core privacy settings in a single place, later in the year.

In addition, Facebook is developing resources to help other organizations build privacy into their respective services. That effort includes hosting workshops on data protection for small- and medium-sized businesses throughout the year.

The first workshops are being hosted in Europe and are focused on the General Data Protection Regulations -- the European Union’s regulation for data sharing and protection.

This should come as no surprise, considering that the GDPR is scheduled to take effect in May. The GDPR seeks to increase the privacy standards for any company that collects data from EU citizens and mandates that companies inform consumers about how their data is collected and used.

Pivotal Research Group's Brian Wieser recently suggested that the new rules could reduce the number of consumers that Facebook and other platforms can effectively target with advertising.

Wieser estimated that the EU ad marketplace -- including the UK -- currently accounts for about 25% of Facebook’s total ad revenue.