Ancestry, Brexit And The Ties That Forever Bind 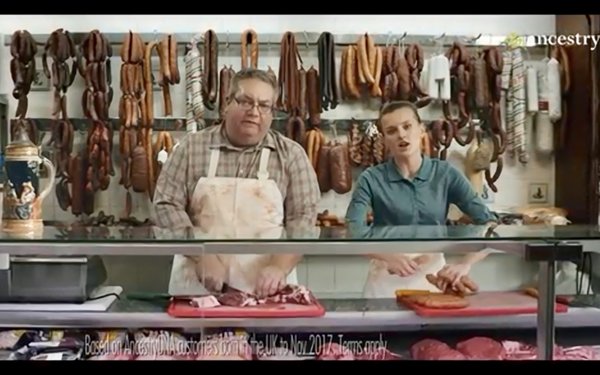 A new Ancestry campaign from Droga5 for the UK market addresses head-on the divisive issue of the nation’s pending departure from the European Union.

For the first time as a brand, Ancestry is creating what it calls an "event status roadblock moment" to launch the new campaign. Every major network in the UK, including Channel 4 and ITV, showed the new creative at 8:10 pm on January 29, to help Ancestry hit over 100 million views within the launch month. Ancestry will be driving further Incremental reach through YouTube and Facebook platforms.

The creative is based on the insight that average British person has 60% DNA from somewhere in Europe with the ad celebrating the cultural and ancestral ties millions of British have to Europe. The ad has Europeans singing the lyrics from Rick Astley’s “Together Forever.”

"As a global company we are relentlessly focused on creating culturally relevant content through a local lens in each of our markets," stated Vineet Mehra, executive vice president and chief marketing officer, Ancestry. "Our new campaign, rises above the divisive debates surrounding Brexit, and shares the idea that while the U.K. may be leaving the E.U., Europe will quite literally never leave the U.K., once again showing that the ties that bind each of us can never be broken."