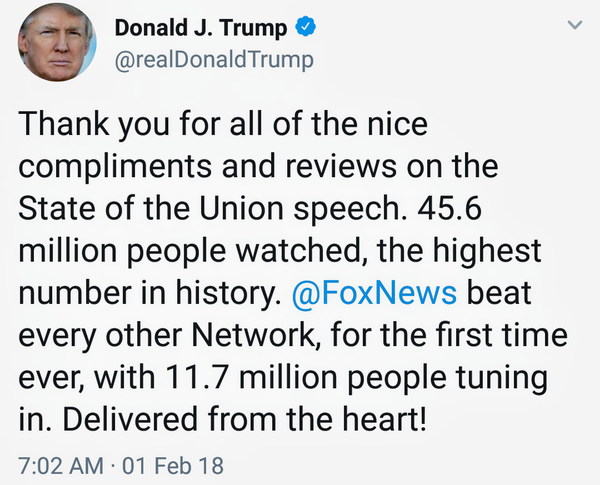 Donald Trump reported his own “fake news” on Twitter this morning, claiming his State of the Union Address Tuesday night was the “highest number in history,” noting that 45.6 million people watched it. That’s a lie. Based on historical Nielsen estimates, Trump’s first SOTU ranks as the eighth-most-viewed SOTU.

It’s another in a long history of Trump distorting or misstating his audience estimates, including Nielsen ratings.

While it’s true that the ratings of Presidential State of the Union addresses have been trending downward in recent years, Trump’s first SOTU ranks only eighth in terms of viewers among the last 25 to be aired on the major broadcast and cable networks carrying it live, according to an analysis of Nielsen data.

Sequentially, Trump's first SOTU was the most viewed since President Barack Obama's 2010 speech.

It was the lowest-rated first SOTU by a president since George W. Bush's Feb. 27, 2001 address.

The number of networks Nielsen factors in its combined SOTU ratings has grown over time, from four in 1995: ABC, CBS, NBC and CNN. 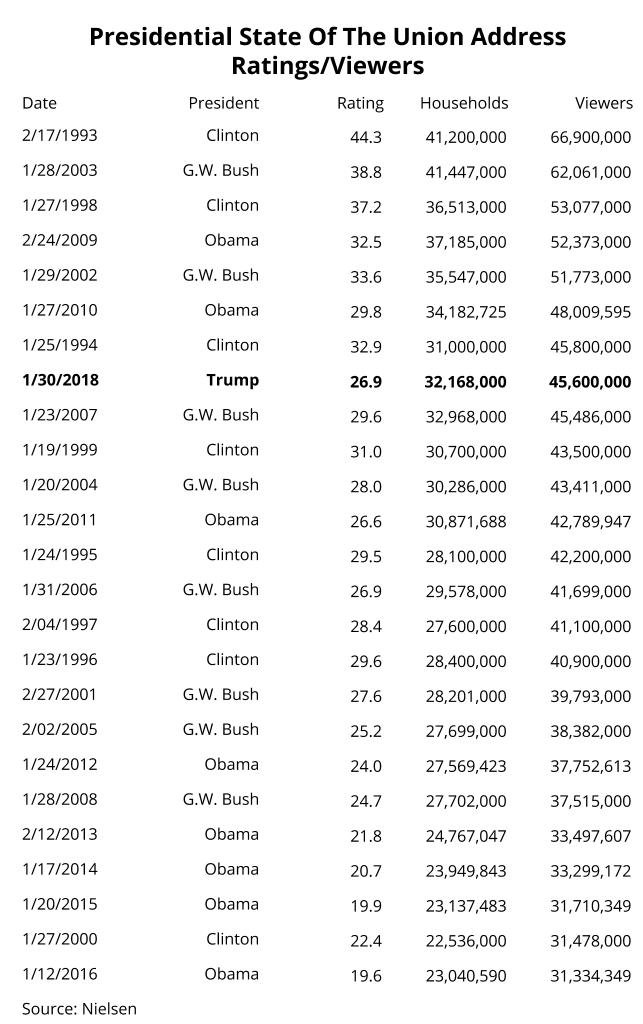