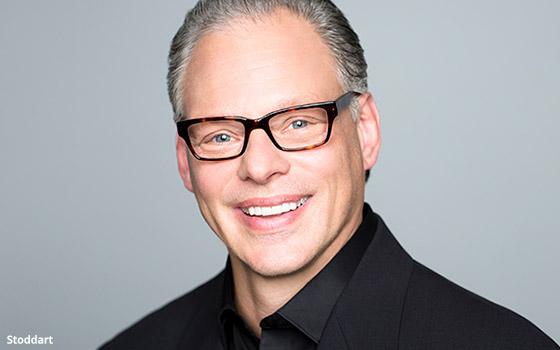 Under Stoddart's leadership, Leo Burnett North America has developed campaigns for various clients, including “Mayhem” for Allstate, “What Will You Gain When You Lose?” for Kellogg’s Special K and “Mean Stinks” for Procter & Gamble’s Secret. Most recently Stoddart was global president at the agency.

He first began his career at Burnett in 1985, working on the Hewlett-Packard account as a media buyer/planner before elevating to account director. He later joined Fallon, a sister Publicis Groupe agency, and served a stint at Ford Motor Company as manager of marketing communications leading all of Ford’s agency relationships, CRM, web efforts, and multicultural efforts before returning to Burnett.

Stoddart also recently finished a two-year term as chairman of the American Advertising Federation. He will now join InnerWorkings as president/CEO to help "build the largest single database of out-of-home and alternative media opportunities" to allow agencies and media owners to connect more efficiently. He will also join its board of directors.

As part of this latest management realignment, Alexandra von Plato, a member of Publicis Groupe’s management committee, has been appointed CEO, Publicis Health to lead the specialist network's 17 agency brands in 40 offices across the globe.

Nick Colucci, who has served as CEO since 2007, is taking on the new role of COO, Publicis Communications North America. He will also advise von Plato as chairman of the health group through 2018.

In his COO role, Colucci will work closely with Andrew Bruce, North American CEO, Publicis Communications, who has expanded his duties to take responsibility for  the Publicis Groupe North America strategy and growth team. Bruce will also supervise the Groupe’s global client leaders (GCL) in the region.

Mark Tutssel, Chief Creative Officer of Leo Burnett Worldwide, has been elevated to executive chairman of the agency.