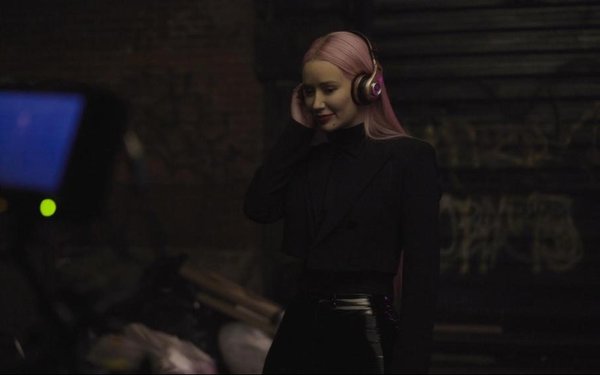 When it's your first time advertising, you might as well do it on the world’s biggest stage.

In its first concerted effort to reach consumers through traditional television advertising Monster, (a maker of electronic cables, headphones and accessories — not the job search company nor the energy drink — is taking to Super Bowl LII with a star-studded commercial led by multi-platinum selling music artist Iggy Azalea, whose new music will be featured in the spot.

“We want people to know we’re not the energy drink,” company founder Noel Lee tells Marketing Daily. “It’s especially important for all those who don’t know us or what our legacy is. It’s to establish our expertise and tell the story behind the brand.”

The spot draws its inspirational story from Lee’s life, beginning with him as a young man living in a drab world where people listen to music through inferior earbuds. Inspired by a voice he hears singing on the subway, the young Lee heads to his garage workshop to begin working on the products that will make up the Monster portfolio. In the process, he transforms the world into a vibrant, colorful place where music brings people together.

“It’s a retrospective, and shows a history [and establishes] we’re not a new guy doing this,” Lee says. “It highlights a personality behind the product.”

The spot introduces the brand’s new tagline, “You deserve better,” which is meant to introduce the company’s next phase. The spot and Super Bowl platform serve as a launching platform for what the company has dubbed “Monster Takeover 2018,” which will include running the spot on the company’s YouTube channels, as well as those of the celebrities appearing in the spot.