Many Advertisers Going Local for A Share Of Super Bowl Hoopla 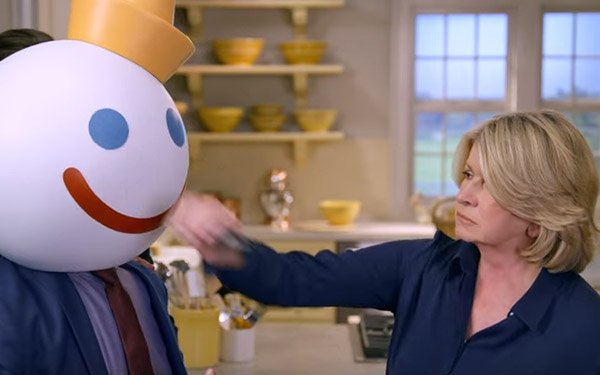 Lots of advertisers are taking advantage of all the Super Bowl hoopla without paying the hefty $5-plus million that it costs this year to run an in-game spot.

One way they’re doing it is buying local.  "Local buys in premium, high profile events help give credibility to regional advertisers, puts them in the same league as those big national brands, and provides the chance to get in front of an audience that’s tuned in," says Summer Slater, director of communications strategy, DNA.

For these brands, the challenge is to stand out and punch up their spots so that they don’t look out of place in breaks that contain buzzy national ads. While Amazon's national Alexa campaign includes high-profile names like Cardi B, Anthony Hopkins, and Gordon Ramsey, Martha Stewart will be duking it out with mascot Jack Box as part of a regional buy for fast food chain Jack In The Box.

Golden 1 and agency DNA in Seattle are hoping that featuring real members of one of the largest credit unions in the country will illustrate how the non-for-profit credit union is better than big banks.

The "Stronger Together" campaign is focused on core Sacramento and Fresno markets by running in pre-game coverage and post-game programming. "Besides scale--in Sacramento we’re projecting it to deliver six times more than the highest rated prime time program--people watch as much for the commercials as they do for the game," says Slater. The Super Bowl is a "unique opportunity" to capture audience interest at a time when one of the rarest commodities for advertisers, whether you’re local or national, is consumer attention, she adds.

A location-based strategy makes sense for FirstBank since it only operates in three states - Arizona, Colorado, and California. Developed with TDA_Boulder, the Super Bowl creative is designed to stand out by telling viewers to save, instead of prodding them to purchase something.  “Our FirstBank spot is juxtaposition of the most fashionable people saying what you would least expect to hear from such glamorous minds and mouths," says Jonathan Schoenberg, executive creative director, TDA_Boulder.

After debuting during the game in a regional buy solely in Colorado, the state with the single largest portion of the company's footprint, the campaign will be followed up with out-of-home across Colorado and Phoenix, AZ, as well as via digital, print and social activations.

Jack Link's and its agency Carmichael Lynch are utilizing the brand's hometown market of Minneapolis during the game to kick off its new “Runnin' with Sasquatch" campaign, set to officially launch nationwide on February 19.

A :60-second video will first debut during the third quarter of the Super Bowl only in the Minnesota market, and will later expand to include four new television spots that will begin to air nationally and online on February 19, on ESPN, FX, FXX and Discovery, among others. Regional fans will also be able to experience the Jack Link brand in person with Twin Cities activations that include zip lines and a "Wild Side" retail experience.

Yellow Tail wine is embracing the local buy as a way to circumvent Anheuser-Busch's exclusive category commercial rights. As first reported in USA Today, the winery has made local ad buys in 80 U.S. markets to get its Super Bowl commercial to most of the country, up from 70 markets a year ago.