Super Bowl Game Was Great, Commercials Were Not 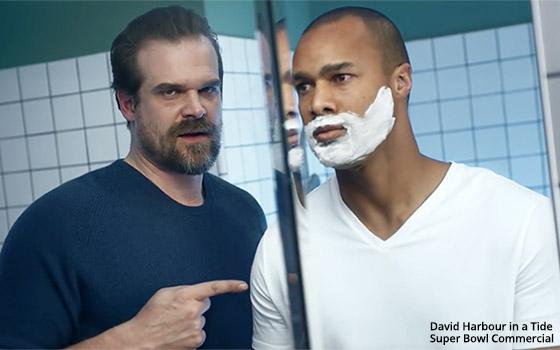 The commercials seen during the Super Bowl on Sunday were by turns tasteless, overblown and insignificant -- so much so that it was possible to form the impression that the era of big, expensive commercials made especially for the big game is over. Or maybe it should be.

It is difficult to add anything more to the almost universal condemnation of the Dodge Ram truck spot featuring a voiceover by Dr. Martin Luther King Jr.

To many of us non-ad industry laypeople watching at home, this spot was off-putting from just about the first second of it. So why didn’t anyone in adland understand that the spot represented a wholly inappropriate and inexcusable use of Dr. King’s voice to sell pickup trucks?

Everyone involved in the creation of this commercial should have their heads examined. This man was a martyred civil rights hero and one of the most revered figures in American history.

What’s next: Martin Luther King Day spots with actors costumed as King declaring that they “have a dream” about big savings at your tri-state Dodge dealers?

Elsewhere in this year’s Super Bowl commercial load, some of the spots were just so big (“epic,” as the kids say these days) that you really had no idea how to connect the content of the spots to the brand.

I realize these types of spots are made in order to (a) stand out and (b) to reflect the oversize qualities of the Super Bowl generally.

But I also will never understand how a series of comical medieval battle scenes are supposed to sell Bud Light. Does the beer taste good or doesn’t it? Who knows? The only answer Bud Light’s commercials provide is “Dilly dilly.” You figure it out, the company seems to be saying.

On Monday, I read somewhere that the Diet Coke commercial seen during the game -- the one promoting a new line of fruit-flavored Diet Cokes in tall, slim cans, featuring a tall, slim actress dancing around (Hayley Magnus) -- was actually unscripted and, incredibly, an outtake of some kind.

So instead of actually producing a professionally finished commercial that would not be an outtake that deserved to be discarded (as outtakes should be), someone had the bright idea of taking this unwatchable mess and making it into a Super Bowl commercial (costing $5 million to air, it should be noted).

This commercial was so awful that some of us watching at home just stared at each other in disbelief that this thing was on TV.

For all the praise that the Tide commercials seemed to be garnering on the morning after the Super Bowl, to me they had at least one major flaw.

These were the spots featuring actor David Harbour (from “Stranger Things” on Netflix) in various scenarios that looked like commercials for other products such as cars or beer, but were really commercials for Tide detergent.

To get this point across, Harbour often applied the two-word phrase “Tide ad,” as in “this is really a Tide ad” and the like. But even in the capable hands of this actor, the phrase repeatedly came out as “Tie dad.” That simply represents poor writing when you give an actor something to say that is designed to come out wrong.

The only ads that really resonated were the many commercials for movies and TV shows due to be released later in the year. The Super Bowl in early February seems to be as good an environment as any to get the awareness ball rolling for upcoming summer blockbusters.

Among the ones promoted during the Super Bowl were “Skyscraper,” a Dwayne Johnson action picture, and a new “Mission: Impossible” starring the tireless Tom Cruise. These “super” men seemed wholly appropriate for a Super Bowl.

Generally speaking, the commercials paled in comparison to the game, which went for its entire length without a lull in action or suspense (although Justin Timberlake’s half-time show was Timber-lame).

Toward the end of the game, you could get a sense from others watching the game (either in person or via social media) that the ravings of Cris Collinsworth had gone from grating to unbearable.

He was one of the only problems with the overall telecast, however -- except for a brief instance of dead air during the game that was something of a shock.

Among the true highlights of the evening was Pink’s singing of “The Star-Spangled Banner.” She was an appropriate choice for Super Bowl LII, a native of the Philadelphia-area suburb of Doylestown, and undoubtedly an Eagles fan.