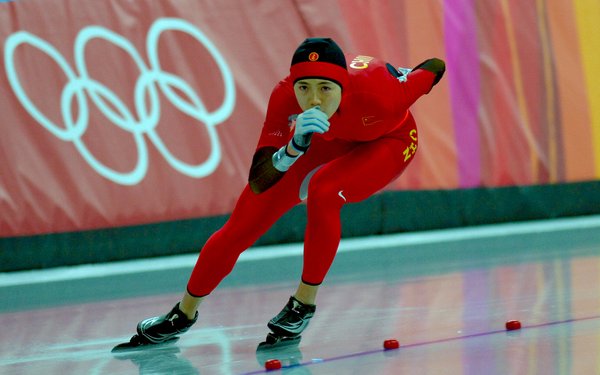 With the opening ceremonies for the 2018 Winter Olympics set for Friday in PyeongChang, South Korea, NBC -- which has the exclusive U.S. rights to the games -- is embarking on what may be its most ambitious digital coverage effort yet.

This year’s games will be marked by digital ubiquity, with live coverage, highlights and analysis not only across NBC’s digital platforms, but across the internet.

There is, of course, live video coverage of the games itself -- a tradition by now. NBC says it will stream 1,800 hours of content from the games live, including -- for the first time -- the opening ceremonies, as well as 50 hours of live virtual reality coverage.

The 2016 Rio Olympics saw NBC’s linear ratings decline, and the company is hoping its revamped digital strategy will -- in the words of NBC Olympics president Gary Zenkel -- “cast that very wide net and reassemble that massive Olympic audience.”

Zenkel, speaking at a press preview event for the games, tested a “deeper” partnership with Snapchat, adding that the company is applying what it learned from the 2016 games to this year’s event.

If you open Snapchat during the Olympics over the next few weeks, you may see live coverage of some of the events (a first for the popular mobile application), or highlights from a medal competition. BuzzFeed, which NBCUniversal is an investor in, will also create stories for the app.

But that is just the beginning of NBC’s effort to get viewers to watch Olympics content.

If you order an Uber, you will be treated to what NBC calls “a custom in-ride video experience” in the app, featuring highlights and interviews with athletes.

If you have a Peleton indoor exercise bike, you can take cycling classes streamed live from South Korea, with NBC talent and Olympic athletes participating.

If you watch videos from YouTube vloggers Monica Church or Jenn Im, or open the app musical.ly, you will see Olympics-related content, some of it filmed at the games.

If you walk the streets of New York, Chicago or Philadelphia, interactive screens on street corners will blare highlights piped in from South Korea, delivered by the smart cities and technology company Intersection.

If you check out content from Vox Media, you may discover “The Podium,” a podcast the company (which counts NBCUniversal as an investor) is producing during the games.

“We spent last spring and summer diving further into Olympic consumer insights and strategically came out with six unique segments, each with their own needs and behaviors. Having these segments really helps us be relevant and authentic to consumers,” Jennifer Storms, chief marketing officer for NBC Sports Group, said at the preview event for the Olympics.

“So whether you’re watching promotion on TV, in mobile, in a taxi, in a mall, on a plane, or you’re opening an email from us, we speak directly to you with platform-specific content that resonates on an individual level.”

NBC is attempting to measure all this consumption through Total Audience Delivery metrics, which track all live viewership across channels and devices and debuted during the 2016 Summer Olympics. On average, NBC says it counted 1.7 million viewers for those games -- viewers who were not watching live on traditional platforms.

The linear TV ratings may very well be down when compared to the 2014 Winter games, held in Sochi, Russia, but compared to four years ago, the media ecosystem has changed dramatically.

NBC is betting that by attempting to be everywhere, it can drive some of those viewers back to TV -- or at least to the app on their mobile phones, for some live streaming.