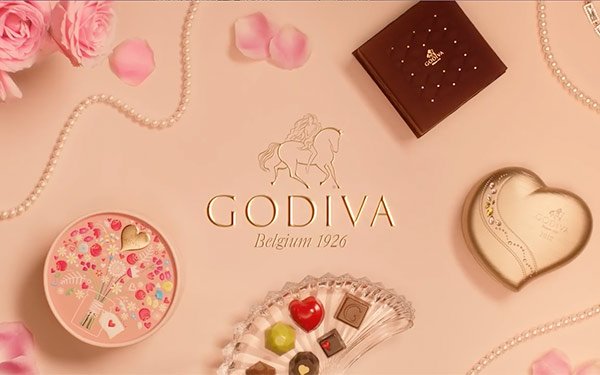 Godiva, in partnership with Mori, Inc. and Stink Studios, are flipping the tradition of men giving women chocolates on February 14 by suggesting women instead treat themselves and their friends. This message is specific to Japan, since it references a tradition called “giri choko,” which translates to “obligation chocolate,” says an agency spokesperson.

In Japanese culture, women — and not men — are expected to give chocolates to all of the men in their lives — partners, friends, colleagues, bosses — for Valentine’s Day.

In addition to the one-minute and 15-second TV ads, the "I Love You, But I Love Me More" campaign includes out-of-home, print ads in publications across Japan, including a full-page ad in the leading business newspaper, Nikkei Shimbun, 14 social films and two events.

Separately, American Greetings and agency MullenLowe are introducing the third phase of the "Give Meaning" campaign, inspired by research that finds 89% of Americans said good communication is critical to a healthy relationship.

The "What It Means to Love" spot features a montage of emotional scenarios, including anger and silence, to illustrate that love has many different expressions.

French grocery chain Monoprix and agency Rosapark are offering an unconventional and clever way for shy shoppers to discretely convey their feelings during this romantic time of year. The brand has introduced a range of seven fake-food packages, each with a punny expression of affection and space to jot down a phone number. The "06 packs" — a reference to the fact that most cell numbers in France begin with 06 — are offered for a limited time in select stores.

To help raise awareness for this project, Monoprix is introducing a kitschy film featuring characters Alice and César, who regularly cross paths in the salad aisle. The film ends with Alice's "courageous manifestation" of love.

Social media users are encouraged to reveal their secret crushes using the hashtag #UnCrushChezMonoprix (A Crush at Monoprix) under the concept that fellow users will help connect them. Monoprix has regularly celebrated holidays and special events through clever phrasing of product names.

Last year, the chain released “Label of Love,” a film celebrating their 85th anniversary, in which a boy expressed his feelings to his secret crush using the labels.

Personalized jewelry brand Soufeel is partnering with Facebook Creative Shop to introduce its first brand campaign in the U.S. by following the courtship of two real-life couples, Adam and Elizabeth and Brittany and Neil.

The first phase of the campaign features Elizabeth and Adam and recreates four moments of the couple's relationship in short-form videos, each featuring a different Soufeel product category: bracelet, rings, earrings and necklace. The films are running as pre-campaign ads in Facebook feed, Instagram feed and Instagram Stories to drive traffic to a Soufeel Facebook Live on Valentine's Day.

The second phase features a live broadcast on Facebook Live as Neil proposes to Brittany at a NYC coffee shop at 4:30 pm EST on February 14 (today). Afterward, Soufeel will release additional videos featuring both couples to further delve into how they met, favorite places and their most romantic moments.

OpenTable is launching a campaign exclusively for Facebook and Instagram that incorporates a variety of mobile-first video assets, from canvas to dynamic ads, to encourage people using its platform to make dining reservations. The awareness campaign first launched January 22 with three creative concepts, based around romance and food.

Working with the Facebook team, OpenTable produced each creative concept in three different aspect ratios: square, three-fourth vertical, and full-vertical. In addition, the campaign uses a variety of formats leveraged for the campaign, including Instagram Stories, Canvas, DAT Collections and DAT Video Carousel. Here is an example.

Since the debut, Instagram Stories campaigns have proven to be some of its highest ROI campaigns, while also driving a significant volume of reservations, says a company spokesperson.

The integrated campaign first launched February 3 with a cryptic 30-second teaser during "Saturday Night Live" with no mention of Rock. Similarly, mysterious billboards showed a lone tambourine against a black background that would later be revealed as the “O” in Rock’s name.

Across social media, the campaign introduced a number of social posts incorporating tambourines in the hands of Netflix Original characters, including "Narcos," "The Crown," "Big Mouth" and "Orange is the New Black." The 20-second reveal launched February 13 on Rock’s social channels as well as across Netflix’s YouTube channel. Have a look here.

“The goal of the campaign was to announce Chris’ special in a way that builds organic buzz around the pending release,” says Scott Brown, partner/vice president/creative director, Battery. “From dropping the cryptic teaser to rolling out mysterious OOH boards, Netflix looked to draw in its audience, and get them asking for more.”