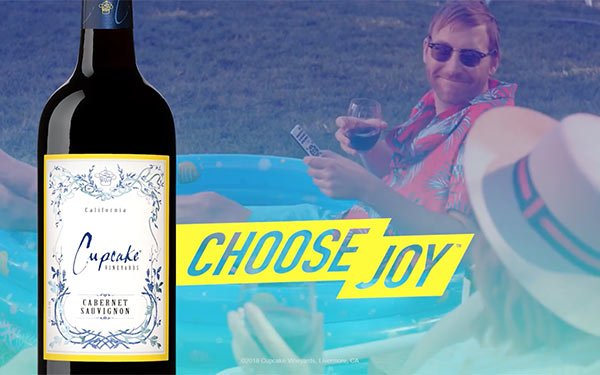 Cupcake Vineyards is introducing its first campaign under creative agency Mekanism since the shop landed the account last year.

The "Choose Joy" creative is inspired by the "modern wine consumer," incorporating unexpected life moments with optimistic sarcasm. Among the four :15-second spots is one that shows a women jumping out of a window to leave a baby shower early, while a second spot introduces a women entertained by her loser-esque fiancé.

"This campaign humanizes Cupcake through relevant situations in a fun and engaging way, rather than what is typical in the category: picnics, vineyards and date nights," says Sarah Qualters, senior brand manager, Cupcake Vineyards.

View the work here and here.

Choose Joy launched this week and will run across broadcast, Facebook, Instagram, Hulu, as well as Millennial-centric platforms Refinery29, Pandora, The Onion and Bustle.

This messaging represents a new direction for the wine brand, which previously supported its awards and sourcing, angles that are "pretty overdone in the wine category," says Qualters.

Although the decade-old vineyard skews female, this campaign is designed to expand its consumer base. "We are trying to create relevant, joyful situations that are relatable to anyone," says Qualters.

"The idea of joy resonates for everyone, men and women, young and old.”

Befitting a small winery, Cupcake Vineyards spent a mere $34,000 on advertising during the first six months of 2017, down from $187,000 year over year, according to Kantar Media.

Cupcake, however, supports this traditional media with extensive social media outreach and activations.