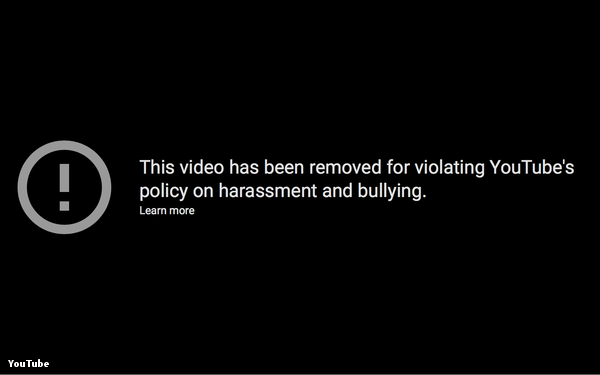 YouTube on Wednesday removed from its platform a video that promoted a conspiracy theory about the school shooting in Parkland, Florida.

The video in question -- which falsely suggested that a high school student who survived the shooting was a paid actor -- was for a period of time the top video on YouTube’s “trending” videos page, which promotes videos that are growing in popularity on the site.

YouTube eventually pulled down the video, and removed it from the “trending” page, although by that time it has already garnered hundreds of thousands of views. When you go to the video's page, it now says that it was "removed for violating YouTube's policy on harassment and bullying."

The video in question used clips from local news reports, which is one of the reasons it slipped through the cracks on the platform.

"This video should never have appeared in Trending. Because the video contained footage from an authoritative news source, our system misclassified it," according to a statement from YouTube. "As soon as we became aware of the video, we removed it from Trending and from YouTube for violating our policies. We are working to improve our systems moving forward.”

The trending mishap is the latest setback for the Google-owned video site, which has been dealing with questions about brand safety over the past few months.

Earlier this year, one of the platform’s biggest stars, Logan Paul, published and subsequently removed a video of himself and his friends discovering a dead body in Japan.

YouTube responded to the controversy by tightening its monetization rules -- including restricting what channels are eligible to be monetized, and instituting a manual review of all videos uploaded by “Preferred” partners, whose videos garner a premium advertising rate.

As the Parkland conspiracy video demonstrates, however, the company’s handling of controversial content is not limited to videos being monetized.