Judge Sides With Redbox In Battle Over Digital Downloads 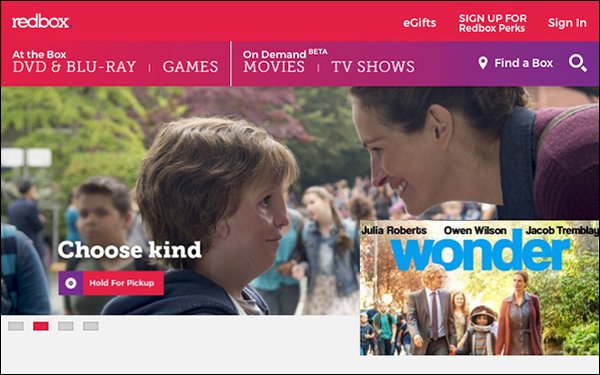 In a blow to Disney, a federal judge has refused to prevent Redbox from selling codes that enable consumers to download digital movies.

U.S. District Court Judge Dean Pregerson in the Central District of California said Tuesday that Disney "has failed to demonstrate a likelihood of success on the merits of its claims" against the rental company.

Disney alleged in a lawsuit filed last year that Redbox purchases the packages, rents or sells the discs at its kiosks, and then separately sells codes that allow consumers to download movies like "Finding Dory," "Guardians of the Galaxy," and "Star Wars."

The movie studio claimed that Redbox's selling of codes was improper for several reasons, including that the boxes state: "Codes are not for sale or transfer." Disney contended that language created an enforceable contract between itself and purchasers. The company sought an injunction that would have prohibited Redbox from continuing to sell the download codes.

Pregerson rejected Disney's request, ruling in a 26-page opinion that the phrase "Codes are not for sale or transfer" doesn't inform consumers they are agreeing to a binding contract by opening the packages.

Pregerson noted that the boxes also said that contents, including DVDs and Blu-ray discs, "cannot be resold individually" -- although the Copyright Act allows people to re-sell material they have purchased.

He suggested in the opinion that Disney's attempt to prohibit consumers from re-selling DVDs and discs hurt its claims.

"The clearly unenforceable “cannot be resold individually” language conveys nothing so much as Disney’s preference about consumers’ future behavior, rather than the existence of a binding agreement," the judge wrote. "At this stage, it appears that the accompanying 'Not For Sale or Transfer' language plays a similar role."

Disney also contended that consumers who used the codes were infringing copyright, and that Redbox was improperly contributing to that infringement. (Disney only sued Redbox, not consumers.)

But Pregerson ruled that Disney wasn't entitled to an injunction because it had "misused" its copyright by attempting to prevent purchasers from re-selling the DVDs or Discs.

Pregerson wrote that the redemption sites -- that is, the sites where consumers had to enter their codes to receive their downloads -- required users to state that they owned the physical contents of the packages, including the DVDs and Discs. But that requirement amounted to an attempt by Disney to wrongly restrain users from selling merchandise they had legally acquired, Pregerson ruled.

"This improper leveraging of Disney’s copyright in the digital content to restrict secondary transfers of physical copies directly implicates and conflicts with public policy enshrined in the Copyright Act, and constitutes copyright misuse," he wrote.