Connected Car Owners Would Not Buy A Self-Driving Car 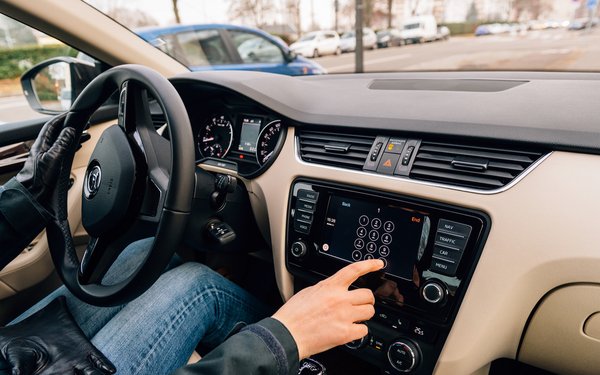 While Google, Apple, Uber and most major automakers are steaming ahead to create driverless cars, the majority of consumers would not buy one even if cost was not an issue.

Even if they do not own a fully autonomous vehicle, most U.S. drivers would be afraid to even ride in one.

Consumer research relating to connected cars continues to show that autonomous cars are of relatively low interest to most consumers.

A study out today shows that the majority (57%) of people who currently own a connected car would not buy a self-driving car even if cost was not an issue.

The study comprised a survey of 1,500 connected car drivers weighted against U.S. Census Bureau data and conducted by Solace. Those surveyed own a car with connected device features, such as Bluetooth connectivity, GPS navigation, remote door locks, WiFi, backup camera/sensor or voice assistance.

This follows an earlier AAA survey showing that 63% of U.S. drivers are afraid to even get into a self-driving vehicle.

However, many consumers see value in various connected features in cars. Consumers in the Solace study said the connected car alerts they would rely on are safety sensors for blind spot detection (49%), navigation prompts (35%), safety recalls (27%) and incoming mobile device activity (15%).

The most valuable connected feature for driving was deemed to be real-time navigation.

When they drive, most consumers use an average of one to two applications, such as music streaming or hands-free calling.

One issue identified in the study related to data. Nearly half (48%) of car owners were not aware that connected cars can store personal identifiable personal information, such as home address, social security numbers and birthdays.

Among the top six car brands, there was no clear leader of which had the most innovative technology features.

Interestingly, 62% of connected car drivers believe their connected cars help them drive safer, but 40% won’t trust their car to brake for them.

The interesting marketing challenge ahead will be to change consumer attitudes toward fully autonomous vehicles. It will be interesting to see the size of that marketing budget.