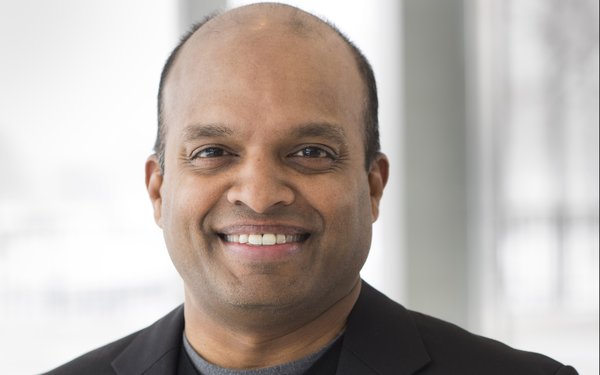 A 30-year Ford Motor Co. executive is out following allegations of “inappropriate behavior.”

Raj Nair, executive vice president and president, North America, is departing from Ford immediately. The decision follows a recent internal investigation into reports of inappropriate behavior. The review determined certain behavior by Nair was inconsistent with the company’s code of conduct, according to the automaker.

“We made this decision after a thorough review and careful consideration,” said Ford President and CEO Jim Hackett in a statement. “Ford is deeply committed to providing and nurturing a safe and respectful culture and we expect our leaders to fully uphold these values.”

Forbes is reporting that a Ford source said the company had recently received information through an anonymous employee tip line and conducted an investigation.

Nair was responsible for leading all aspects of Ford’s North American business units. His replacement will be "subject to an announcement in the near future," according to the automaker.

"Another senior leadership change is the last thing Ford needs to deal with right now,” Caldwell says. “It's been a revolving door at the top of Ford for the last year, and with declining U.S. sales and pressure to show progress on its mobility strategy, the company really needs consistent, focused leadership in order to deliver the results Wall Street is demanding.”

Another top Ford executive, Mark Fields, who had been president and chief executive officer, left the automaker in May.

Nair had been president of Ford North America since June 1, 2017. Prior to that, he served as Ford’s head of global product development and chief technical officer.

“I sincerely regret that there have been instances where I have not exhibited leadership behaviors consistent with the principles that the company and I have always espoused,” Nair said in a statement. “I continue to have the utmost faith in the people of Ford Motor Co. and wish them continued success in the future.”

Prior to 2012 as vice president of engineering for product development, Nair oversaw all engineering for car, truck and SUV vehicles for the Ford and Lincoln brands, and was responsible for delivering on Ford’s commitment to offer more new products faster than ever before by leveraging greater sharing and reuse of platforms and components globally. He also helped lead the development and implementation of the Ford brand DNA.

Nair joined Ford in 1987 as a body and assembly operations launch engineer and held various positions on more than 11 vehicle programs in 13 assembly plants. On assignment to Europe, Nair was the vehicle operations launch manager for the 1996 European Fiesta. He then became responsible for all Ford of Europe launches including the Focus, Transit and Mondeo.

Born in 1964, Nair holds a bachelor’s degree in mechanical engineering with an automotive specialty from Kettering University in Flint, Mich., where he serves on the board of trustees. In 2014, he was named the Fortune Automotive Businessperson of the Year.