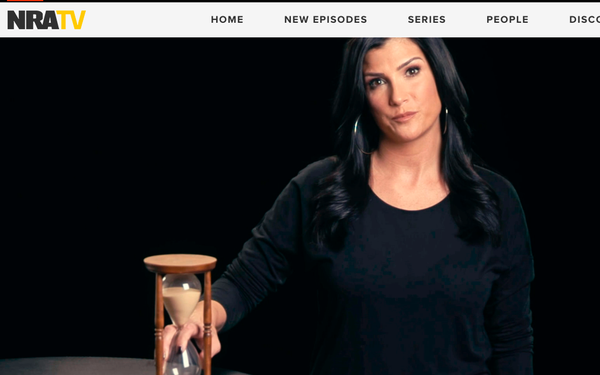 Even as the nation was still in mourning and recovering from the shock of the mass murder of children at an American public school, the National Rifle Association went on a media offensive, attacking, well, the media. And maybe something more.

The NRA -- the gun industry’s No. 1 lobbying group fighting attempts to legislate gun control -- is launching a major direct-to-consumer media campaign, using content marketing, its own channels, and social media to distribute it, CEO Wayne LaPierre said Thursday morning during a keynote at the Conservative Political Action Committee annual conference.

LaPierre said the organization is “engaging in new programming to make our message just as accessible as NBC, The New York Times and the rest of the so-called national news media.

“Let’s be clear,” he added, “we are never talking about an armed resistance against the socialist corruption of our government. We are always talking about a resistance armed with the United States Constitution and the Bill of Rights in our country.”

While it’s not unusual for keynoters to use inflammatory -- even seditious -- language during CPAC keynotes (last year, former White House official Steve Bannon said the Trump Administration’s goal was the “deconstruction of the administrative state”), LaPierre went out of his way to imply that the NRA, collectively, is a formidable armed force.

“By gosh, we are one of the largest law enforcement organizations in the United States if you look at our membership,” he said. He added criticism of America’s law enforcement agencies and singled out “corruption and unethical agents” in the Federal Bureau of Investigation, asserting that American citizenry “must police its own leadership.”

The speech was coupled with a variety of media appearances by the NRA taking an aggressive anti-media stance.

LaPierre blamed law-enforcement agencies for lax policing and legislators for lax laws that could have prevented mass shootings, like the one at the Marjory Stoneman Douglas High School in Parkland, FL, last week, and an outcry to ban certain firearms, especially military-grade assault weapons like the AR-15 used in the school shooting.

“Many in legacy media love mass shootings,” NRA spokesperson Dana Loesch said during a statement at CPAC. Looking into the camera, as if staring at news media outlets in the room, she added: “You guys love it. I’m not saying you love the tragedy, but I am saying you love the ratings.”

Loesch is one of a number of personalities featured on-camera in some of the content marketing the NRA is distributing as part of its so-called “NRA TV” channel.