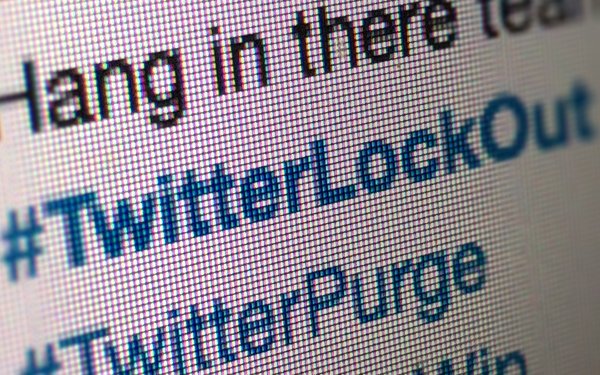 Facing pressure from its most conservative users, Twitter is responding to claims of politically biased censorship. “Twitter’s tools are apolitical, and we enforce our rules without political bias,” the company stated.

Twitter was forced to explain itself after efforts to curb fake accounts, Russian bots and hate speech had a significant impact on the follower counts of conservatives and “alt-right” figures like Michael Flynn, Jr. and white nationalist Richard Spencer.

Rallying around the hashtag #TwitterLockOut, Spencer and other like-minded users were even supporting an effort to sue Twitter on First Amendment grounds, as of Wednesday.

Twitter, however, insists that it has every right to rid its network of fake accounts, and any users who fail to abide by its terms of service.

“As part of our ongoing work in safety, we identify suspicious account behaviors that indicate automated activity or violations of our policies around having multiple accounts or abuse,” according to Twitter. “We also take action on any accounts we find that violate our terms of service, including asking account owners to confirm a phone number so we can confirm a human is behind it.”

More broadly, the tech titan said the policing is part of “ongoing, comprehensive efforts to make Twitter safer and healthier for everyone.”

Recently, Twitter has faced far more criticism for failing to aggressively police its platform. Just this week, The New York Times found that Twitter remains a hotbed for Russians determined to sow discord across the United States.

Last year, Twitter acknowledged the presence of Russian agents on its platform -- and their efforts to influence the 2016 U.S. presidential election.

Twitter has also been blasted for its unclear posting policies. Several times over the past year, the company has been forced to refine its so-called Twitter Rules.

Among other changes, Twitter has tried to better define spam and spam-prevention measures. Rather than reviewing the factual accuracy of spam, the company says it focuses on behavioral signals.