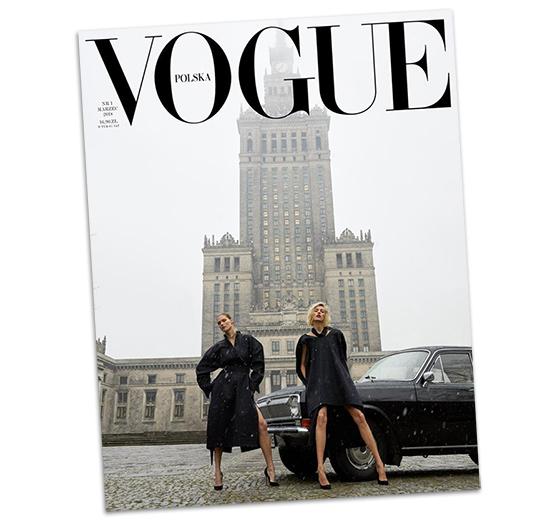 The time was right to launch Vogue Poland, as the country experiences a recent boom in its luxury market and economy, Karina Dobrotvorskaya, president of Condé Nast new markets and editorial director of brand development, told Business of Fashion.

"Poland is a thriving market in Eastern Europe, with a growing hunger for luxury. It's a natural for Vogue," stated Jonathan Newhouse, chairman and CEO of Condé Nast International.

Visteria chairman Kasia Kulczyk said the company created two dedicated teams, one for the print edition and one for its digital edition, Vogue.pl, both of which launched simultaneously.

“Yes, digital is becoming increasingly globalised, but print readers are still looking for a unique experience. So we do believe Poland deserves its own highly creative edition of Vogue, which will be different from the other 22 Vogues,” Dobrotvorskaya said.

The first three issues of Vogue Polska will have a print circulation of 160,000. Eleven issues will be released in 2018, with a two-month, July-August summer issue.

Vogue Poland editor-in-chief Filip Niedenthal said the second issue, which will hit newsstands next month, will have an expanded culture section in addition to its fashion coverage. Niedenthal was the former editor-in-chief of the Polish edition of Hearst’s men’s magazine Esquire.

Polish model Malgosia Bela, who is featured on the cover of the first Vogue Poland issue, is the magazine’s editor-at-large.

Vogue launched an edition in Ukraine in 2013. Vogue Arabia, the brand’s first property in the Middle East, debuted online in 2016, and in print last spring.