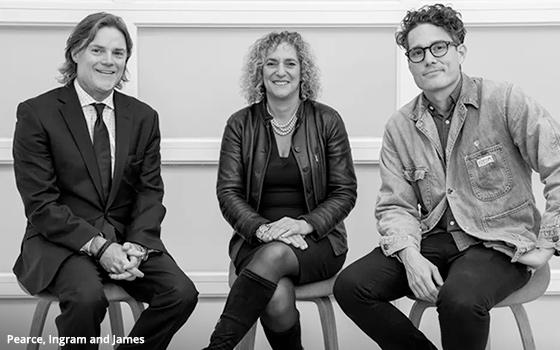 Ingram replaced Gustavo Martinez, who was ousted shortly after the agency’s top communications official at the time, Erin Johnson, filed a sexual harassment suit against him in the U.S. District Court in Manhattan. That suit is ongoing.

Simon Pearce, who has been U.S. CEO at Dentsu’s mcgarrybowen, will join JWT as CEO, North America -- a new post at the agency that includes oversight of flagship office JWT New York. Lynn Power, who has been overseeing the New York operation as CEO, is leaving the agency.

Pearce will work closely with Ben James, who has been promoted to Chief Creative Officer at the New York office. He was previously executive creative director at the agency and also held a role focused on innovation.

Stefano Zunino, who has been CEO Americas, is shifting to a newly created position — Chief Transformation Officer, JWT Worldwide. No replacement has been named for his America’s role, although there is a lot of overlap between that and the one that Pearce will be assuming.

In addition, Susan Kim-Kirkland has been named Chief Marketing Officer JWT Worldwide. She will retain her current duties as CEO JWT Canada and Chicago.

Ingram stated: “Over the past year, we have rethought our business, overhauled our capabilities, focused on how to operate more like an agile start-up, and upgraded and diversified our talent. With this new leadership team in place, we are poised to truly reimagine the future of J. Walter Thompson.”