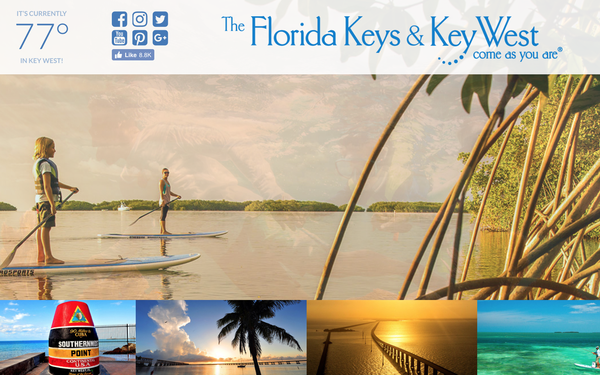 The Florida Keys tourism council reports that almost 80% of all Keys lodging units are back online following Hurricane Irma, which struck the area in September.

About 76% of lodging in Key Largo is open, followed by 53% in Islamorada, 63% in Marathon and 48% between the west end of the Seven Mile Bridge and Big Coppitt Key. In Key West and nearby Stock Island, 92% of all properties are open.

The Keys’ first adults-only, all-inclusive resort is to be unveiled this spring. The new Bungalows Key Largo is planning to open in April with 135 units. The former Hilton Key Largo is undergoing renovations to become the new 200-room Baker’s Cay Resort, a Curio Collection by Hilton, to open in the fall.

Key Largo and Key West were least impacted by the hurricane, which struck the Keys Sept. 10, as were most hotels and businesses on the bayside, or gulfside, in Islamorada and Marathon.

On the Atlantic Ocean side of the Islamorada and Marathon regions, some hotels had significant storm surge impacts. A number of properties have reopened, while several others are slated to reopen in March. A few resorts undergoing recovery are projected to reopen this fall.

All major Florida Keys attractions are open. In Islamorada, Theater of the Sea, launched in 1946 and one of the world’s oldest marine mammal facilities, is open. Its beach area and gift shop are to reopen by March 1 and its stingray program is scheduled for spring. Its shark area is undergoing repairs.

On Big Pine Key, a new Florida Keys National Wildlife Refuges Nature Center,currently underconstruction, is to open this fall. It is to showcase the Keys’ four national wildlife refuges with 1,500 square feet of exhibit space, near mile marker 30.5.

All 10 Keys state parks are open for day use as restoration efforts continue.

In Key Largo, John Pennekamp Coral Reef State Park, the first undersea park in the United States, reopened its Visitor Center Jan. 19. The park is open to beachgoers, overnight campers, hikers and snorkelers taking four glass-bottom boats. Snorkeling tours are up and running and dive excursions are expected to resume by late March.

Bahia Honda’s Loggerhead and Sandspur beaches remain closed. The park’s concession offers limited drink and snack service. Snorkel boat tours are expected to resume by late March. The park’s boat ramp is open; a date has not yet been set for its marina reopening.