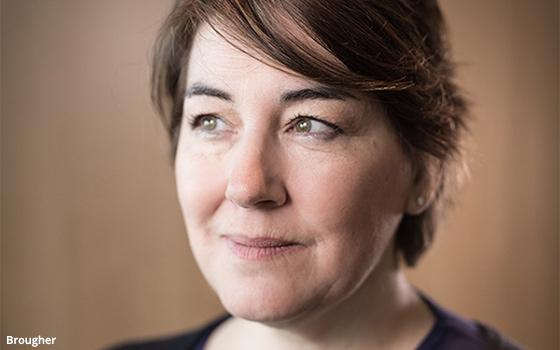 Pinterest has found its first Chief Operating Officer in Francoise Brougher, the company is expected to announce today. A seasoned Silicon Valley veteran, Brougher most recently served as Square’s Business Lead, where she was responsible for the company’s growth operations.

At Pinterest, Brougher will oversee the sales, partner marketing, measurement, corporate and business development and communications teams. Pinterest executives say Brougher will help lead the company through its next growth phase.

Whether that includes a public offering is still not clear, but investors have their fingers crossed. Fueling investor interest in a possible IPO, Pinterest brought on Todd Morgenfeld -- formerly vice president, finance at Twitter -- as its first CFO, in late 2016.

Previously, Brougher was the vice president of SMB Global Sales and Operations at Google, where she led the teams responsible for acquiring, growing and retaining small- and medium-sized business advertisers.

By some estimates, Pinterest is expected to rake in roughly $3 billion in revenue this year.

Thanks to a focus on sharing content tied to other sites, Pinterest saw its “share of visits” rise by 1.5% percentage points last year. That’s according to a new report from Shareaholic, which considers “share of visits” to be a percentage of overall traffic from direct traffic, social referrals, organic search and paid search.

Pinterest sees around 2 billion searches every month -- roughly 85% of which are from mobile devices, per Shareaholic. More than half of all active users and 75% of new signups come from outside the United States, according to Pinterest.

Through a Pinterest representative, Brougher declined to discuss her growth plans for the company at this time.