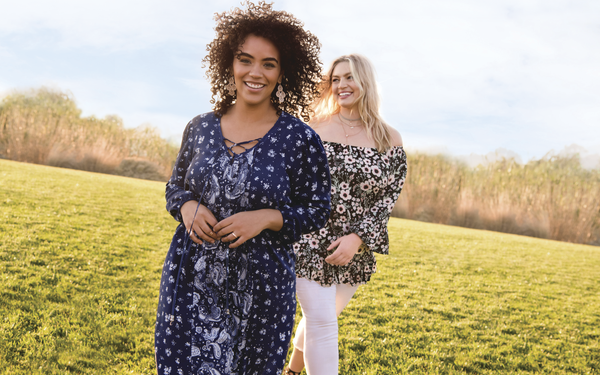 The country’s largest retailers are showing off new moves as they continue to rev up their fashion engines, with Macy’s announcing its first sales gain in three years, and Walmart unveiling four new private-label apparel lines.

Macy’s says that thanks to a number of new initiatives, including a new marketing approach, its full-year comparable store sales gains beat its expectations, as did profits. Describing the “re-engineering of the Macy’s marketing machine,” chairman and CEO Jeff Gennette says results benefitted from “a greater emphasis on fashion and reduced complexity in the promotional calendar. And we’re beginning to tackle pricing simplification,” he said, in a conference call discussing results. He says shoppers are also responding well to its new loyalty program, especially at the platinum level aimed at its biggest customers.

While many investors cheered Macy’s news, others were underwhelmed, especially when comparing Macy’s results to the industry overall. “Macy's growth of 1.3% is well below retail spending growth of 3.9% over the same period,” writes Neil Saunders, managing director of GlobalData Retail, in his comment on the results. “So, Macy's has lost ground both at an overall level and, by our calculations, within a number of key categories like apparel and home.” He also points out that Macy’s quarterly gain also include an extra week of sales: “When this is removed, we estimate that total sales shrunk.”

Meanwhile, Walmart is finally unwrapping its new private-label lines, an attempt to boost apparel sales, an area where rival Target excels. The four new lines include Time and Tru, a woman’s line with for women sizes extra small through extra-extra-extra-large; Terra & Sky, a brand specifically for plus-size women; a children’s collection called Wonder Nation, and George, with clothing for men.

Target has spent much of the last year introducing a number of robust brands. And J.C. Penney has also stepped up its private-label engine, announced its second new line aimed at Tween girls in a week. This one, in partnership with JoJo Siwa, the 14-year-old Nickelodeon star, is scheduled to be in stores early next month.