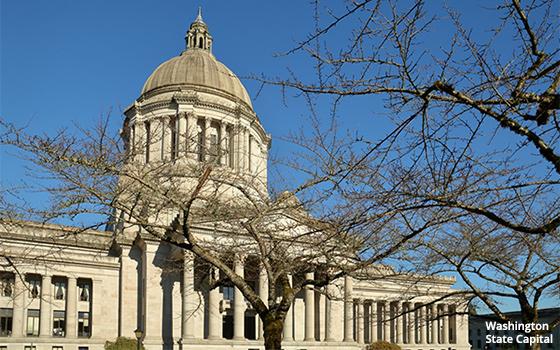 Washington lawmakers on Tuesday passed a net neutrality law that prohibits Internet service providers in the state from blocking or throttling traffic and from charging companies higher fees for prioritized delivery.

Governor Jay Inslee is expected to sign the measure, which passed by a vote of 93-5 in Washington's House and 35-14 in the state Senate.

With this week's vote, Washington became the first state in the country to pass net neutrality regulations since December, when the Federal Communications Commission voted to repeal open Internet rules passed during the Obama administration. The repeal, published last week, won't take effect for at least two more months.

It's not yet clear whether these state efforts will hold up in court. When the FCC voted to repeal the net neutrality rules, it also voted to block states from passing their own versions of the regulations. But some experts have cast doubt on whether the FCC can enforce that prohibition.

A federal appellate court ruled in 2016 that the FCC lacked the authority to invalidate some state laws. That ruling centered on the Obama-era FCC's attempt to preempt state laws that hindered towns and cities from creating muni-broadband networks. North Carolina and Tennessee successfully argued to the 6th Circuit Court of Appeals that the FCC wasn't authorized to interfere with states' ability to regulate how their cities and towns provide broadband service.