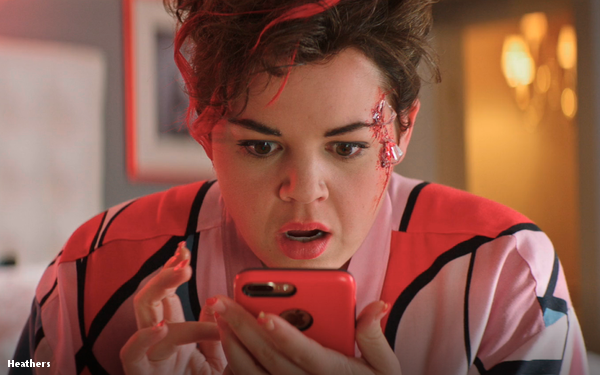 Two weeks after the Stoneman Douglas High School shooting, Viacom’s new Paramount Network is delaying the premiere of one of its flagship shows, “Heathers.”

A TV adaptation of the 1980s film about killings in a high school, the Paramount series is an updated version featuring dark humor -- apparently a little too dark, given the timing of recent school shooting news.

“Paramount Network’s original series “Heathers” is a satirical comedy that takes creative risks in dealing with many of society’s most challenging subjects ranging from personal identity to race and socioeconomic status to gun violence,” Viacom said in a statement sent to the press Wednesday afternoon.

“While we stand firmly behind the show, in light of the recent tragic events in Florida and out of respect for the victims, their families and loved ones, we feel the right thing to do is delay the premiere until later this year.”