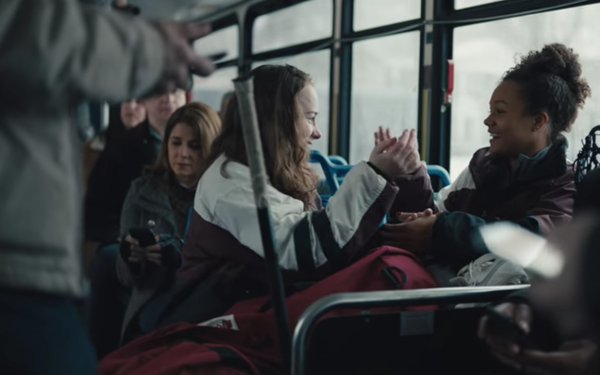 Dick’s Sporting Goods shook up the increasingly intense national dialog about gun control, with its decision to stop selling assault rifles and high-magazine ammunition and raising the age on all gun sales from 18 to 21. In just hours, Walmart followed, saying it too would limit gun and ammunition sales to those over 21.

While Dick’s announcement sparked the predictable social-media backlash, with many gun enthusiasts promising to #BoycottDicks, some experts say the move poses more upside than risk.

“This movement is going to be very successful for Dick’s,” predicts Robert Passikoff, president of Brand Keys, a brand loyalty research firm in New York. “One of the big drivers for loyalty has always been that it’s seen as family-friendly. And when it comes time to buy the kids gym shoes and soccer cleats, you’ll see more parents saying, ‘Let’s go to Dick’s’ as a result of this decision.”

Dick’s announcement, made along with the admission that it had sold a gun to the young man who killed 17 people at a Florida high school on Valentine’s Day, comes at a time when consumers are demanding more activism from brands, and “the conversation about guns is reaching a tipping point,” Passikoff says.

He says the tone of Dick’s announcement may also work in its favor. “They’re steering clear of the loony left and the loony right,” he tells Marketing Daily. “This is a very moderate perspective. They’re still selling hunting guns and ammunition.”

Dick’s, which actively courts and supports the youth sports market, launched a campaign earlier this month called “United in Sport,” (photo above) aimed at bringing America’s fiercely divided factions together. A quick Twitter scan makes that seem unlikely. “To think: a store that sells jockstraps and support bras has done MORE about gun control than our damn government!” one fan tweeted. But plenty hated the news: “Dick’s Sporting Goods announces they would rather go to the gas chamber than stand up for the Bill of Rights,” says one. “Liberalism gone afoul time for a new sporting goods store.”

The Dick’s announcement, made by CEO Edward Stack on “Good Morning America” and shared on social media,

went beyond its own conduct, imploring elected officials to make several changes actively opposed by the gun lobby, such as closing the gun show loophole, universal background checks and a universal data base. It  acknowledged that some will say such steps can’t ensure such tragedies won’t be repeated, “if common sense gun reform is enacted and one life is saved, it will have been worth it.”

President Donald Trump, in a meeting with lawmakers where he asked for gun-control legislation, says he will ban bump stocks with an executive order.

From a business perspective, Dick’s decision not to sell assault rifles poses relatively little risk, says Christopher Svezia, who follows the Pittsburgh-based retailer for Wedbush Securities. “The hunting segment accounts for less than 10% of Dick’s overall sales, and those have been down in double-digits this year,” he tells Marketing Daily, adding that Dick’s hasn’t sold assault rifles at its flagship stores since 2012, following the Sandy Hook shooting in Newton, Conn. “So this only applies to its 35 Field & Stream stores."

Less certain is the impact that may come from restricting gun sales to those under 21, he says, adding that it remains to be seen what impact that will have, or if the chain will lose sales because of a boycott from the pro-gun camp, or gain them from people lauding its decision. “There’s a lot of moving parts,” he tells Marketing Daily.

Dick’s Stack says the retailer is braced for whatever happens. “The whole hunting business is an important part of our business,” he says in its announcement. “And we know there is going to be backlash on this, but we’re willing to accept that.”

Passikoff says that in its latest Customer Loyalty Index, views on social issues have become key drivers of loyalty.

“This is the first time, since the 1960s, where the basics of loyalty have been turned upside-down,” with consumers shifting their views in 94% of the categories it tracks. “We haven’t seen this level of political polarization and social turmoil since we began taking these assessments.”

In its statement, Walmart says that in addition to restricting sales for those 21 and older, it is also removing nonlethal airsoft guns and toys that resemble assault rifles. “Our heritage as a company has always been in serving sportsmen and hunters, and we will continue to do so in a responsible way.”