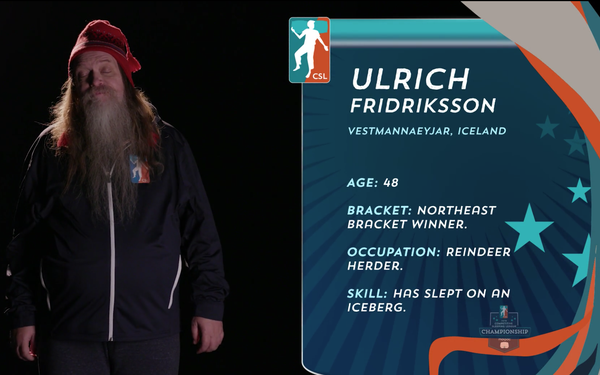 The spectacle is the 2018 Competitive Sleeping League Championship, presented by sleep tools brand Marpac, which introduced the white noise machine in 1962.

The dreamy four-hour extravaganza will emanate from the 46,000-seat Marpac Slumberdome in Carson City, Nev., and livestream on Facebook.com/CollegeHumor starting at 10 p.m.

Created in partnership with Marpac’s creative and media agency McKinney, the event is expected to draw the most seasoned sleeping competitors from around the globe, says the agency. “Audience members will witness the culmination of a lifetime of disciplined training, as the elite challengers attempt to toss and turn their way to glory.”

Replays and highlights of the event will also be made available on CollegeHumor’s social media channels starting March 6.

The Marpac Dohm and the Marpac Yogabed are the featured products of the campaign.

“CollegeHumor strongly appeals to a young millennial and Gen Z audience — but this is a pretty broad demographic,” says Thom Woodley, CollegeHumor executive creative director. “Sports content performs very well with this audience. When McKinney approached us with an idea to add the two together, we saw a match made in viral heaven.”

“We’re launching the CSL on the heels of the Super Bowl and Olympics having just wrapped up,” adds Swap Patel, McKinney’s director of media. “Mirroring the conventions of a professional sports league lets us celebrate sleeping at the highest level, introduce world-class sleepletes, and organically play up Marpac as the presenting sponsor of the CSL.”

From humble beginnings as the California Sleeping Club, the CSL became an official professional sport in 1998 after rapid and exhaustive growth, adds McKinney. “As the sport grew internationally, the CSL championship became the leading REM-focused (Rapid Eye Movement) sporting event, watched by millions of lucid dreamers worldwide. The league is committed to fair competition and fabulous bedhead.”