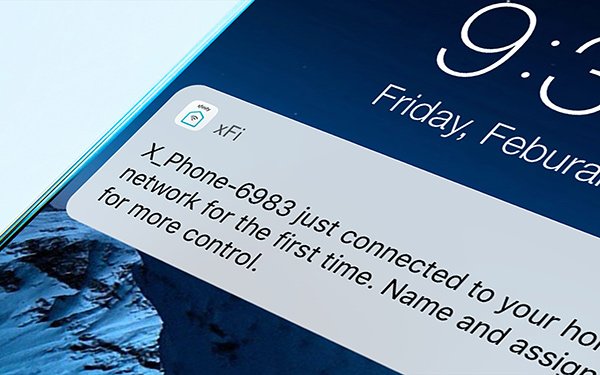 Some smart-home device controls are beginning to happen at scale.

Comcast is making IoT moves that can impact more than 15 million people at a time. This began with the company announcing at CES in January that it was expanding its home automaton across the entire Xfinity portfolio, as I wrote about here at the time (CES 2018: Comcast Extends Smart Home Capabilities To 15 Million Customers).

Now Comcast just launched yet another set of features creating push notifications for its Wi-Fi customers that allows them to control details of their home network from anywhere at any time.

The notifications include letting a customer know that a new device just connected to their home network by sending a smartphone notification, giving the person the ability to allow the connection, name it or kill it on the spot.

The system also enables a customer to remotely hide the name of their network, so neighbors don’t see it when they’re connecting to their Wi-Fi. There are other remote features added, including WFi name or password changes.

The key is not so much the specific notifications being sent, but rather that there are, in fact, any notification being sent after being automatically triggered.

My recent conversations with some top security experts suggest the home network is a critical IoT link, since that’s where data to and from smart-home devices flows. Smart thermostats, connected doorbells and even appliances like washing machines are connecting via the home network.

Many studies show security to be a top consumer concern for Internet-connected home devices. Many consumers -- or at least the 15 million people Comcast just empowered -- will be much more aware of any issues with their home networks, and be notified and given the ability to deal with them from wherever they are at the time.