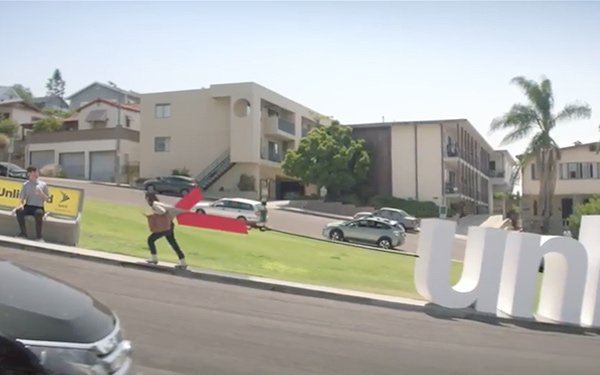 The National Advertising Division (NAD), a unit administered by the Better Business Bureau, also told Sprint to stop claiming in ads that Verizon’s mobile service suffered a slowdown as a result of the company's decision to introduce an unlimited data option.

The decision stemmed from Verizon's challenge to two Sprint ads, including “Draggin’ Maggie,” which mocked the company's unlimited data offering.

That spot shows a Verizon subscriber whose sweater is attached via a hook and large cable to a sign reading "Unlimited."

She is dragging the sign up a hill when an onlooker notices and says: “Yikes, looks like you got hooked by Verizon."

He follows up with: “Since they started hooking people with 'unlimited' have you noticed them slowing down at all? Are you feeling the drag?”

The onlooker then snips the cable, freeing the subscriber from the sign. After she has been freed, a voiceover warns people: "Don't get hooked on Verizon."

Verizon argued that the ad unfairly disparaged the company.

Sprint countered that the ad correctly reflected a report by performance testing company Ookla, which said its crowdsourced data showed that Verizon's average download speed dropped shortly after February 1, 2017, when the company rolled out unlimited data.

But Verizon said Ookla's data was unreliable, arguing that the people who participated in the company's testing service weren't representative of average subscribers. Verizon specifically argued that many of the people who used Ookla's testing service may have been the heaviest consumers of broadband, who are also the most likely to be throttled for exceeding a monthly cap. (Verizon, like other mobile companies that offer unlimited data, reserves the right to slow down subscribers who exceed a monthly bandwidth cap.)

Verizon also argued that it was rated the top wireless company for performance and speed by mobile testing company RootMetrics.

The watchdog sided with Verizon over those claims. Among other recommendations, the NAD said Sprint should stop boasting that it offered better "unlimited" service, and that it should stop claiming that Verizon's unlimited data plans caused a drop in download speed.

The NAD said in its ruling that Sprint's evidence "was insufficiently reliable to support its claim that, nationwide, Verizon’s network has slowed due to the introduction of its unlimited plans."

The watchdog also said Sprint "did not provide a reasonable basis for its claims that Sprint Unlimited provides a superior overall experience than that of Verizon Unlimited."

The two challenged ads were already discontinued by the time the opinion came out. But Sprint reportedly said it will take the NAD's recommendations into account in the future.