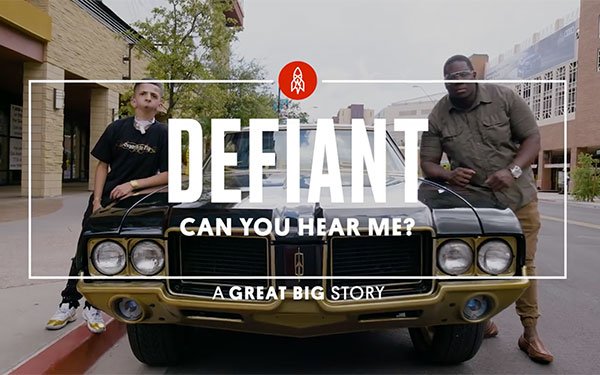 Great Big Story, the streaming video storytelling brand owned by CNN, is launching a major branding campaign with an interactive activation at the SXSW Interactive festival in Austin, Texas, this weekend.

GBS will take over the Tap Room in Austin’s warehouse district, creating “miniature, immersive, very Instagrammable” experiences based on videos created by the site, the company says.

According to CNN senior vice president of digital video Chris Berend, the SXSW initiative is just the first part of a larger brand campaign that features the tagline “Wonder The World.”

“This two day activation is sort of a test bed for a larger effort,” Berend tells Digital News Daily. “It is part of a broader brand message that you will start seeing in various places over the next six to 12 months."

The brand campaign will roll out on Turner Broadcasting’s TV and digital platforms, guerrilla marketing events and festivals across the country, and small pop-up activations, culminating later this year when GBS hosts a multiday event in a surprise location.

Launched in late 2015, GBS was designed to give CNN a foothold in the social video space. Focusing on original storytelling in video form, the brand reportedly has racked up millions of subscriber, and hundreds of millions of views for its 2000+ videos, on social platforms like Facebook and on YouTube.

Berend says the company has partnered with more than three dozen brands on content marketing efforts.

Still, “We have a ton of ceiling left in terms of brand awareness,” he adds. “We have a very strong hardcore set of fans and advertising clients, and now we are about to take the next step in terms of a pure awareness standpoint."

While GBS will not be abandoning its bread and butter short-form videos, it has started to debut longer-form videos as well.

Last year, CNN president Jeff Zucker said the company is weighing whether to turn GBS into its own streaming OTT network, though no new details have been released as of yet.

“When you think about the opportunities around brand awareness, you also think about the ability to extend our storytelling into different formats, whether it is long-form or longer-form, which would be Facebook Watch-type length,” Berend says, adding that the new marketing efforts dovetail with investments the company is making in content and new partnerships.