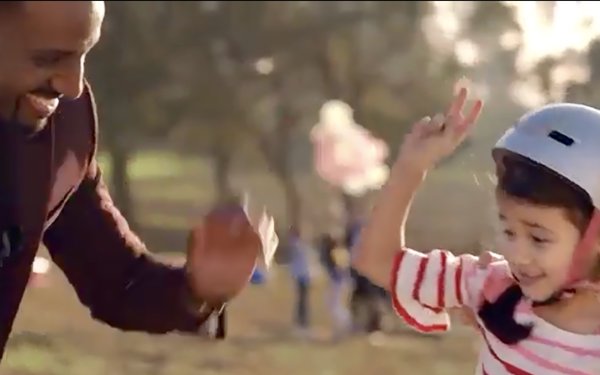 AARP and its agency, Grey New York, are introducing the new "Take On Today" multiplatform brand campaign to encourage those over age 50 to live more active and adventurous lives. This is AARP's first big campaign in years and one that coincides with the organization's 60th anniversary.

The first two national TV commercials feature author J. Ivy doing a poetic monologue about creating a society in which no one is limited by age. (Although he doesn't look old enough, he is indeed an AARP member.)

"Disrupt Aging" challenges ageist attitudes and stereotypes by suggesting viewers join AARP in creating a society in which no one is limited by age. “Anthem” chronicles the possibilities as well as the uncertainties of navigating the second half of one’s life. Both spots end with, "Let's Take on Today. And Every Day. With AARP.  Real Possibilities."

Both commercials run in early morning and prime-time shows on ABC, NBC and CBS as well as on cable including A&E, AMC, ESPN, Food Network, HGTV, MLB, Lifetime and TBS.

The creative messaging will also appear via AARP’s communications channels, including AARP.org with over 13 million unique visitors per year, AARP The Magazine, which AARP calls America’s most-read magazine with 38.3 million readers and AARP Bulletin which reaches more than 30 million readers with 10 print editions annually.