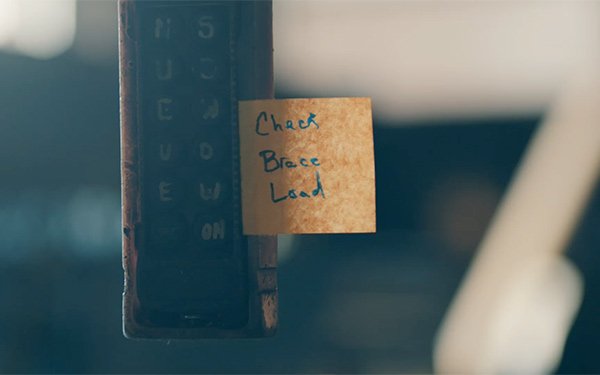 Post-It is out with a new brand extension called Post-It Extreme Notes and is promoting the product’s ability to adhere in a new campaign filmed in Fairbanks, Alaska.

The creative demonstrates how local Alaskan businesses use these Extreme Notes to withstand tough conditions, including snow, rain and wind, as well as different surfaces, such as a brick wall, raw wood, PVC piping, stainless steel and tile.

The media campaign includes TV spots running during marquee programming, such as NFL Draft, March Madness and MLB Opening Day. The spots will also air on broadcast networks, including CBS, NBC, USA, A&E and ESPN and during shows such as "Late Show with Stephen Colbert," "The Today Show," among others.

Ads will also air across radio networks including Sirius XM, ESPN Radio and Westwood One.

The rollout strategy includes distributing free samples to nearly 50,000 consumers across a number of trade shows. The brand is also partnering with a series of micro-influencers across the construction and culinary industries throughout the year to further drive social buzz around #PostitExtreme.

Venables Bell + Partners developed the ad campaign; Colle McVoy is handling media buying and LaForce is doing the PR, including the trade show and micro-influencer programs.

3M and The Post-it brand don't believe this new product line will cannibalize its classic brand, says a spokesperson. The original line will continue to be promoted in traditional offices, schools and homes, where conditions aren’t as “extreme.”

However, nearly half of today’s workforce is deployed outside of a traditional office (like construction sites, manufacturing plants and commercial kitchens) where Extreme Notes could prove useful.