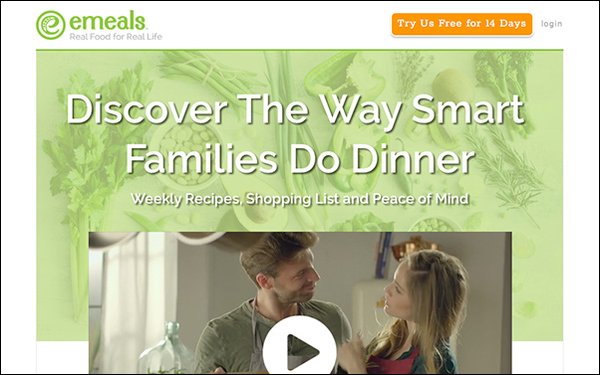 The meal plans will be promoted across Meredith Digital properties, with dedicated emails, social posts and call-outs in all three magazines. Each week, users can log into the eMeals app to view customized meal selections from the brands, developed by Meredith editors and staff nutritionists.

Users can select the meals they want to add to their weekly plans, save recipes and automatically generate weekly shopping lists with ingredients from those recipes.

Then, users can head to the grocery store with their shopping lists on the app, or place their orders within the eMeals app to get integrated pickup and delivery options from Walmart Grocery, Kroger ClickList, AmazonFresh, Instacart and eventually Shipt.

In November, Allrecipes launched its AmazonFresh integration, allowing users to click to purchase and order same-day delivery of ingredients from top recipes on its site.

The number of people who can use the AmazonFresh integration depends on market availability, but Meredith says it is currently available to more than 28 million homes across the country.

“We are committed to helping our audience of millions of home cooks get dinner on the table faster, easier and with more variety,” stated Andy Wilson, senior vice president of revenue for Meredith Corp. “Through this partnership, we’re giving people a meal kit alternative that greatly simplifies the meal preparation and grocery-shopping process.”

Users can sign up for a free 14-day trial at dedicated hubs on the eMeals site for each of the three publications, such as this one for Allrecipes. Memberships cost about $5 per month for a 12-month subscription.

Meal kits in U.S. grocery stores generated $80.6 million in sales last year, a 6.7% increase from the previous year, according to Nielsen data cited by Meredith.

The publisher is no stranger to providing its readers with branded meals. In 2016, Meredith partnered with frozen-food company Bellisio Foods to release EatingWell-branded frozen entrées.
ecommerce, food, magazines
Next story loading