Reddit CEO Takes On The_Donald, Russians -- But 'Pulls His Punches' 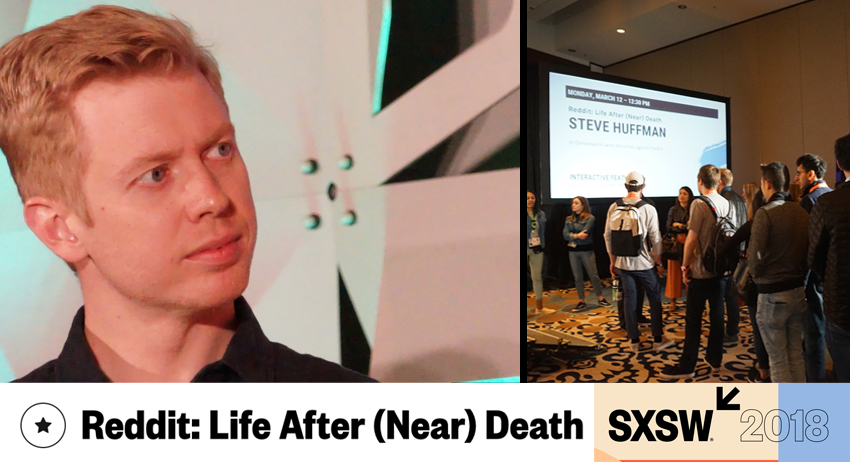 Reddit CEO Steve Huffman arrived at SXSW with a difficult mission. Having just been drawn into the federal government's Russian election investigation, he was anxious to be open and transparent, while saying as little as possible. That’s hard to do.

Yet he was able to shed some light on the size and scope of the Russian accounts at Reddit: “We found a few hundred accounts that we would classify as, like, ‘inauthentic’ — and the good news is, the vast majority of those accounts were actually banned or actioned by our moderators even before Russia was part of the conversation” Huffman explained.

“It's an ongoing investigation — and so we need to be careful about what we say, because we don't wanna undermine what we're actually doing.”

“Ongoing investigation” raised some eyebrows in the audience, since it made clear that whatever had happened at Reddit regarding fake accounts, the final determination had yet to be reached.

“We've had a handful of conversations with Congress,” Huffman said. “We've got a handful more coming. I'm sure we've tried to be helpful and cooperative in those conversations.”

And Huffman, who’s been the target of some pretty personal doxxing from Redditors within The_Donald community, didn’t seem to shy away from poking the bear. “You know what's what with The_Donald, and I think that there's an element to the far right. I think [they] really enjoy creating controversy, yeah — and being annoying and being these, like, phony victims. So I think every once in a while we should just poke them back. To be honest with you I think fair is fair, yeah.”

He added: “The_Donald is a political community. Yes, it's crass and offensive and that is part of their identity. We watch them fairly closely.

While Huffman isn’t shy about defining his personal beliefs (on Glassdoor he’s described by a current employee as "open, progressive and accessible”), he draws a line between his values and Reddit’s content policies. “I think [there’s] a difference between conflicting with our values and conflicting with our content policy. Places like The_Donald, which do conflict with our values — that’s, I think, where we have our most interesting conversations. When I talk about testing our values, that's there — it is front and center.”

So while Huffman plays his cards close, it’s clear that Reddit is moving to push combative speech out of the shadows, and work to review and moderate combative and objectionable content.

Said Huffman: “I do have a role to play in that conversation that isn't just me personally, and so those moments I think cause anxiety and angst. Yes, because we strive to to keep it real — to be ourselves.”