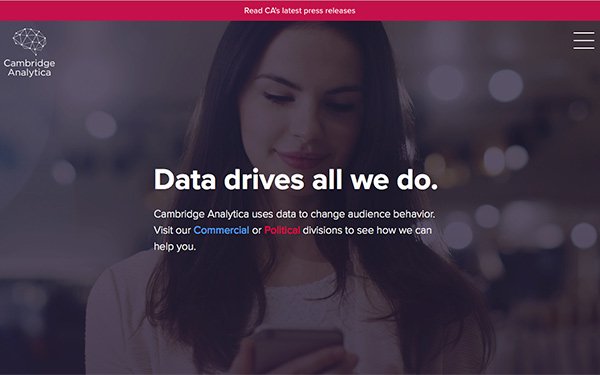 Facebook is facing growing scrutiny over its failure to prevent analytics firm Cambridge Analytica from exploiting its vast troves of user data.

With the company’s stock sinking and lawmakers demanding answers, analysts are speculating on the potential fallout for Facebook.

GBH Insights analyst Daniel Ives believes the failure -- which reportedly exposed the private information of more than 50 million Facebook users -- will lead to real changes at the social giant.

“It’s clear with more ‘heat in the kitchen from the Beltway,’ further modest changes to [Facebook’s] business model around advertising and news feeds/content could be in store over the next 12 to 18 months,” Ives writes in a new note to investors.

Seconding that notion, Global Macro Investor founder Raoul Pal is wondering via Twitter “whether we are fast approaching the tipping point for [Facebook] and [Google’s] fall from monopolistic power, as global regulators begin to take notice as to all the (inadvertent?) inappropriate behavior that has taken place.”

How will advertisers respond?

Debra Aho Williamson, principal analyst at eMarketer, doesn’t foresee Facebook’s brand partners abandoning the platform over this particular incident. Yet, “it will cause [advertisers] to think twice about how data about Facebook’s users is handled,” Williamson said. Of course, Facebook’s ad system depends on user data to offer the best targeting capabilities in the business.

“If Facebook were forced to change the way it uses data or the way its ad products work, then advertisers may become less enamored with it,” Williamson warns.

For now, however, eMarketer is not adjusting its ad forecast for Facebook. The research firm still expects the tech titan to rake in $48.85 billion in worldwide ad sales, this year -- which would represent a 22% increase year-over-year.

For its part, Facebook is insisting that its platform did not technically suffer a security breach.

“The claim that this is a data breach is completely false,” Paul Grewal, vice president and Deputy General Counsel at Facebook, said in an update to an earlier blog post.

As Grewal explains, a Cambridge University psychology professor named Aleksandr Kogan requested and gained access to information from Facebook users who chose to sign up to his app in 2015.

“Everyone involved gave their consent,” Grewal insists. “People knowingly provided their information, no systems were infiltrated, and no passwords or sensitive pieces of information were stolen or hacked.”

That said, Grewal admits that Kogan “lied” to Facebook, and violated its platform policies by passing on data from his app to Strategic Communication Laboratories (SCL), including its political data analytics firm, Cambridge Analytica.

As such, Facebook banned Kogan and Cambridge Analytica from its platform on Friday.

Facebook estimates that 270,000 users downloaded Kogan’s app, “thisisyourdigitallife,” which offered a personality prediction — and passed itself off as a “research app.”

Although Kogan gained access to user information in what Grewal considers to be a “legitimate way,” he broke Facebook’s rules by passing the information on to a third party.

Christopher Wylie, who helped found Cambridge Analytica and worked there until late 2014, said of its leaders in a New York Times story: “Rules don’t matter for them. For them, this is a war, and it’s all fair.” Robert and Rebekah Mercer, major Donald Trump donors, are both on the board of Cambridge Analytica.