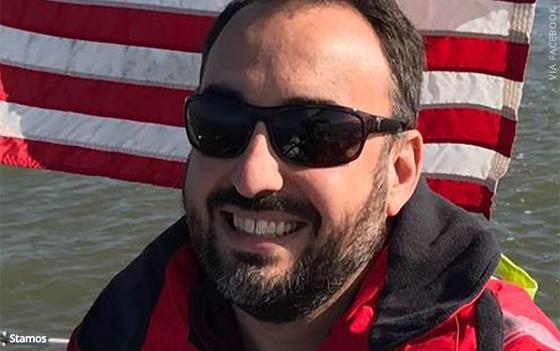 Adding to the fallout from Facebook’s inability to curb all manner of disinformation distributors, Chief Information Security Officer Alex Stamos is reportedly leaving the company by August.

As of Monday, Stamos tweeted that while his role has changed at Facebook, he remains “fully engaged” with his work at the social giant.

Yet, after The New York Times broke the news on Monday, multiple publications have since confirmed Stamos' imminent departure. Facebook did not respond to Digital News Daily’s request for comment.

Sources tell The Times that Stamos doesn’t see eye-to-eye with other Facebook executives regarding the company’s response to bad actors using its platform to spread disinformation, provoke civil unrest, and exploit its vast troves of users’ personal information.

Stamos has reportedly pushed for more transparency and taking a harder line on offenders, which has not been supported by other Facebook executives, including Chief Operating Officer Sheryl Sandberg.

“I am seeing a ton of [media] coverage of our recent issues driven by stereotypes of our employees and attacks against fantasy, straw man tech cos,” Stamos wrote in a tweet storm.

At the time, Stamos took particular issue with the common misperception that his colleagues at Facebook and other platforms think  algorithms are “neutral. Nobody of substance at the big [tech] companies thinks of algorithms as neutral,” Stamos said. “Nobody is not aware of the risks.”

For Facebook, word of Stamos’s planned parting couldn’t come at a worse time.

This past weekend, news broke that the social network had failed to stop Cambridge Analytica from weaponizing user data in the run up to the 2016 U.S. presidential election and the Brexit Leave campaign in the UK.

In response, the company’s stock price has tanked, while U.S. lawmakers are calling for further investigations into Facebook’s business practices.

As of Monday, not many analysts foresaw Facebook’s growing PR problem threatening its ad business. “It will cause [advertisers] to think twice about how data from Facebook’s users is handled,” Debra Aho Williamson, principal analyst at eMarketer, said.

Facebook’s ad system depends on user data to offer the best targeting capabilities in the business.

“If Facebook were forced to change the way it uses data or the way its ad products work, then advertisers may become less enamored with it,” Williamson warned.