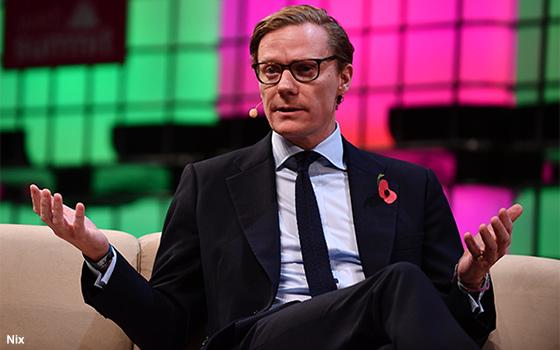 Cambridge Analytica CEO Alexander Nix has been suspended by the company's board while it conducts an investigation into comments he made regarding the firm's tactics.

The move comes shortly after the UK's Channel 4 reported on questionable strategies used by the firm, which ran parts of President Trump's 2016 campaign. That report followed closely on the heels of news that Cambridge Analytica harvested data from 50 million Facebook users.

"We just put information into the bloodstream to the internet and then watch it grow, give it a little push every now and again over time to watch it take shape. And so this stuff infiltrates the online community and expands but with no branding -- so it’s unattributable, untrackable," he reportedly said.

Nix also reportedly boasted that Cambridge Analytica “did all the research, all the data, all the analytics, all the targeting" for the Trump campaign. "We ran all the digital campaign, the television campaign and our data informed all the strategy," he reportedly said.

Cambridge Analytica denies using "personality profiles" in the presidential election. "We joined in June. There wasn't time. Building a presidential data program takes campaigns well over a year. So we focused on the core elements of a political data science program," the company said on Twitter.

The consultancy also denies using Facebook data on Trump's behalf. "We used no data from Facebook in our models," the company tweeted. "We ran a standard political data science program with the same kind of political preference models used by other presidential campaigns."