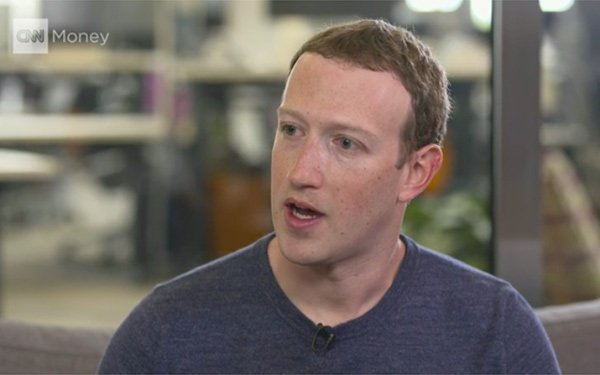 After what seemed like an eternity, Mark Zuckerberg finally addressed the Cambridge Analytica controversy on Wednesday.

Explaining the prolonged silence, Facebook’s embattled CEO said he was busy trying to understand “exactly what happened,” and how to prevent similar abuses going forward.

Discussing the security breakdown that exposed the personal information of some 50 million users,  Zuckerberg called it  “a breach of trust between Facebook and the people who share their data with us and expect us to protect it.”

“We need to fix that,” Zuckerberg confessed.

The company also plans to conduct a full audit of any apps exhibiting what Zuckerberg called “suspicious activity.”

“We will ban any developer from our platform that does not agree to a thorough audit,” he warned.

If and when Facebook finds developers misusing personally identifiable information, it promises to ban them, and promptly inform every user affected by their apps.

Zuckerberg also vowed to restrict developers’ data access even further to prevent other kinds of abuse.

For example, Facebook will now remove developers’ access to user data after their apps go unused for three months.

Facebook also plans to restrict the data people give apps when signing in to name, profile photo, and email address.

Additionally, the network will now require developers not only to get approval but also sign a contract to ask users for access to their posts, or other private data.

In the next month, meanwhile, Facebook plans to offer a new tool with which users can see the apps they've used, and cut off their data access going forward.

Along with taking responsibility for “what happens” on Facebook, Zuckerberg ended his mea culpa by thanking everyone who continues to believe in the company’s mission.

Zuckerberg no doubt knows there are fewer Facebook believers today than there were just a few days ago.

From users and ex-executives spreading #deletefacebook to analysts questioning the company’s leadership, Facebook’s brand continues to take a pounding.

“Facebook is exhibiting signs of systemic mismanagement, which is a new concern we had not contemplated until recently,” Pivotal Research analyst Brian Wieser just told investors. He added: “What has come to light with the past week’s revelations potentially represents a different class of problem.”