'Breitbart' Loses Half Its Readership 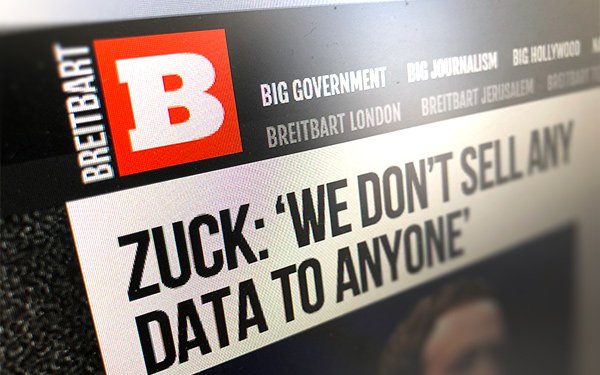 The site had 8.5 million unique visitors in January, a 51% drop from the same month a year earlier, according to comScore data cited by Politico.

Steve Bannon, Breitbart’s executive chairman and President Trump’s former campaign chairman and White House strategist, was pushed out of the administration in January, then forced out of Breitbart after he was quoted as criticizing the Trumps in Michael Wolff’s book “Fire and Fury.”

Politico speculates a number of reasons for the decline in Breitbart’s readership, from changes to Facebook’s news-feed algorithm in January to Bannon’s loss of influence.

Breitbart still remains one of the largest conservative sites, topped only by Fox News.

Seventeen of the top 20 conservative websites tracked by TheRighting, a media company that aggregates articles and content from right-wing media outlets, experienced declines in visits in November 2017, compared to the same month a year prior.

Compared to November 2017, November 2016 “was characterized by a much more robust news environment, focused on the election of Donald J. Trump. It drew large audiences to websites across the political spectrum,” Howard Polskin, president and chief curator at TheRighting, stated at the time.

online publishing, politics, web sites
1 comment about "'Breitbart' Loses Half Its Readership".
Check to receive email when comments are posted.
Next story loading