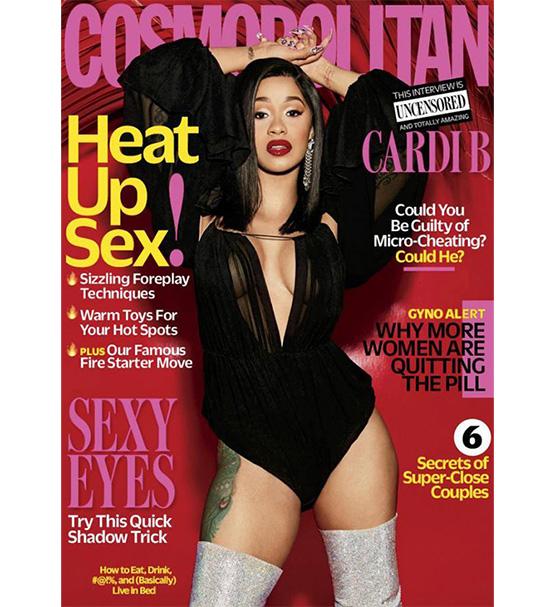 When Cosmopolitan editor-in-chief Michele Promaulayko collected the Personal Service Ellie for the magazine’s “How to Run for Office” package, she told event host Don Lemon: “I hear the surprise in your voice.” She was referring to the moment when Lemon announced the magazine as the winner in the category.

For too long, women’s publications that dared to address the many facets of a woman’s life, recognizing a reader’s interest in sexual fulfillment or liberation, have been labeled trivial or threatened with censorship.

So it came as no surprise that conservative group the National Center on Sexual Exploitation (NCOSE) took aim at the women’s publication for its placement in Walmart checkout lanes in 5,000 stores nationwide. The group claims Cosmopolitan is pornography.

On Tuesday, the group won its battle and Walmart sent Cosmopolitan away from the magazine section.

Among the other outlets NCOSE has targeted in the past are Amnesty International, the American Library Association and Roku.

Cosmopolitan has famously discussed sex frankly and openly since Helen Gurley Brown became editor in 1965, marketing itself as a publication for independent, single women. Prior to Brown’s tenure, the publication focused on family life. It’s that lifestyle, one in which a woman has choices and bucks the status quo, that the group is really protesting.

NCOSE stated: “Walmart’s removal of Cosmo from checkout lines is an incremental but significant step toward creating a culture where women and girls are valued as whole persons, rather than as sexual objects. We are grateful for Walmart’s cooperation and for Walmart leadership’s recognition that corporations must do their part to change #MeToo culture.”

(How they missed the point of #MeToo — or willfully misappropriated it — is another issue all together.)

Previously, the group had fought for, and won, a demand that the title be kept behind blinders at Rite Aid drugstores and Delhaize America supermarkets nationwide.

The attack on the publication and Walmart’s subsequent action is disturbing on two fronts.

The first being the issue of censorship. Groups and individuals have tried and succeeded in silencing many voices in media over the years. However, over the past two, those attacks have ramped up. New acts of physically removing the “offensive” material are disturbing.

However, this latest action also brings into focus how special-interest groups want to censor entire groups of people by attacking the media they consume. Through their statement and actions, NCOSE is dictating how a woman should be, and what she should stand for.

The group is not interested in the freedom and respect of women. Rather, it wants to shame and silence the women who don’t reflect its agenda — and Walmart has fallen in step with this lamentable goal.