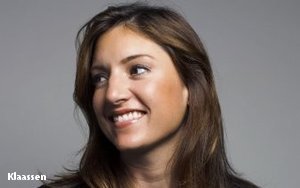 Abbey Klaassen, a former trade journalist who joined 360i as CMO in 2015, has been named president of the agency’s New York office.

Klaassen, who was editor of Advertising Age until November 2014, jumped to the agency side, becoming director of corporate strategy development for the Americas at 360i parent Dentsu Aegis Network, before taking on marketing duties for 360i.

As president of 360i New York, Klaassen is responsible for 550 employees and some of the agency’s biggest accounts.

She follows in a long line of trade journalists who have made the leap from business journalism to running the business of ad agencies. They include Backer & Spielvogel founder Carl Spielvogel, who was an ad columnist at The New York Times before going into the agency business.