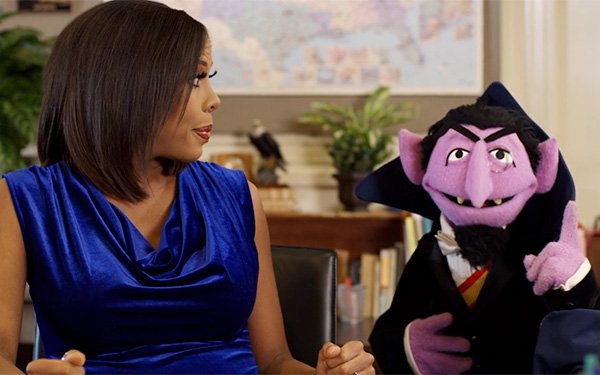 Sesame Street is coming to Kansas City as the city embarks on a six-month long integrated campaign to increase early learning engagement among families, while raising awareness among business and community leaders that quality early-childhood education capacity and resources in Kansas City are "woefully trailing" the growing need.

Organized by the KC Chamber of Commerce, who brought in KC-based Bernstein-Rein to work closely with early childhood education partner Sesame Street In Communities, along with support from the Kauffman Foundation, Turn The Page KC, the Mid-America Regional Council, AMC Theatres and local media.

The creative is separated into two separate channels. The family-oriented campaign uses Sesame characters Elmo and The Count to demonstrate how small educational opportunities can propel children to learn regardless of where they are or what they are doing. For instance, one PSA shows the two characters inside KC's Union Square counting circles. "We want to show how do you go from I don't know what to do to things that they actually can do," says Chris Perkins, managing director, B-R.

Examples of the work can be viewed here and here.

The community-based messaging is designed around the "compelling statistic that one in three children aren't ready for kindergarten," says B-R's Libby Schallar.

Perkins says the campaign has three main objectives: "Fix the problem, make it known, and help families shift from inaction to action.”

The pro bono media includes the Sesame PSAs running on the local Fox and PBS affiliates, radio, in-theater, and social media. The community-based messages will include out-of-home billboards as well as radio ads that transform classic nursery rhymes into campaign-relevant tunes.

There will be a small paid digital buy to further encourage families to sign up for programs. There is also a free poster being distributed that illustrates educational opportunities at various KC landmarks, such as identifying colors and shapes at the zoo.

Working with Sesame came with some surprising challenges, says Perkins. He was worried that the shoot at the very public Union Square station would ruin the magic for children since (obviously) Elmo and The Count aren't actually real characters. "We had to be mindful of that," he says. Although the call time was extremely early, the "vast mommy network" made sure many families still appeared to see these famous personalities. The crew did its best to "protect the magic."

Another creative obstacle was to adhere to the character's personalities. The vocabulary of three-and-a-half year old Elmo, for instance, must coordinate with those of the same human age, says Schallar. Hence, Elmo wouldn't be using words like circumference or ecliptic to count round objects. Elmo also doesn't really have hands so the agency couldn't have him pick up or point at items. The Count, on the other hand, does have two hands that expanded creative possibilities.

KC is the first of five cities using Sesame as the foundation for their respective pre-learning awareness campaigns. B-R's Perkins says he is happy if others want to use his template or leverage the creative concept for their own early educational platforms.